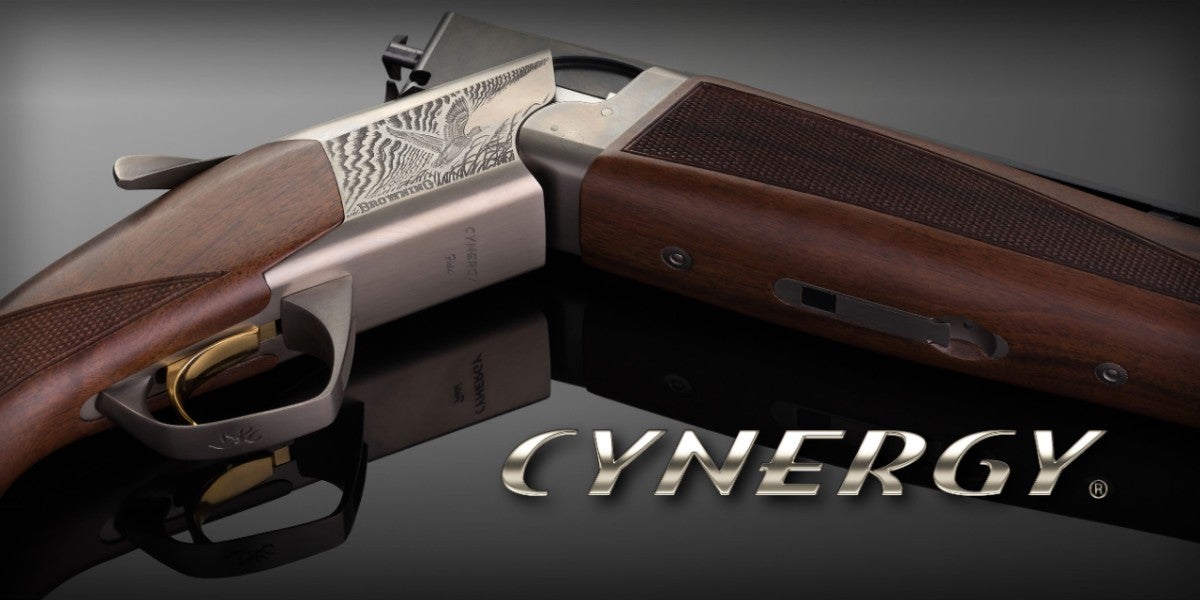 Cynergy Over & Under Shotguns

The Cynergy Takes Low-Profile to its Lowest Levels Ever.

Without a doubt, the Browning Cynergy began as the most technologically advanced over and under shotgun available. It has been called "revolutionary." And when you shoot one it could very well transform your shooting abilities.

The Cynergy features the innovative Reverse Striker ignition system; a striker-based, mechanical trigger that offers the benefits of a crisp feel, reduced locktime and less overtravel than other over and under shotguns. Because inertia is not needed for the hammers to set, the design eliminates the possibility of the second barrel not firing. Cynergy target models are equipped with the Triple Trigger™ System, allowing you to adjust the length of pull and switch between styles of trigger shoes: Wide checkered, narrow smooth or wide smooth canted.

The Inflex Technology recoil pad system provides long travel recoil reduction for a massive 25% decrease in felt recoil on 12 gauge guns and makes recoil virtually non-existent on small gauge guns. A slick Parylene coating prevents the pad from snagging on clothing and allows the recoil pad to remain soft. Three pad lengths are available in ½" increments to provide length of pull adjustment to fit a wide variety of shooters. A ¼" spacer is included for customizing. See page 29 for accessories. (Inflex Technology pad not available on Cynergy Classics.) Read more...

The strong MonoLock Hinge design is the engineering behind the Cynergy’s low profile receiver. The MonoLock Hinge is the integration of the monobloc and the hinge, and has up to 300% more surface area to pivot on than traditional trunnion-style hinges. Rectangular locking pins provide extra strength and feature a “Wear-In Relief” that keeps the action tight. Jeweling adds a beautiful appearance, smoother function and
improves durability.

Impact Ejectors are aided by the punch of a secondary striker spring for more positive, reliable ejection of fired hulls from the chambers. Unfired shells are elevated for easy removal.

Of course, all Cynergy shotguns feature the same fit, finish and quality that makes Browning shotguns so sought after. Whatever your passion, there is a Cynergy to suit your every need.