We Proudly Support the Following Organizations

Sportsmen for Fish and Wildlife

Browning Museum. The Union Station, Ogden, Utah Contains historical information for the local area of Ogden, Utah, including an extensive history of the Browning family and Browning firearms. Original models of firearms designed by John M. Browning are displayed in the museum. These include rifles, shotguns, pistols, machine guns, and cannons. Most familiar firearms, both sporting and military, are included in these inventions. The basic mechanisms of many modern firearms were first invented by John M. Browning, America’s Gunmaker and examples are on display.  LEARN MORE ABOUT THE BROWNING MUSEUM.

Take a virtual tour by clicking or tapping the photo. 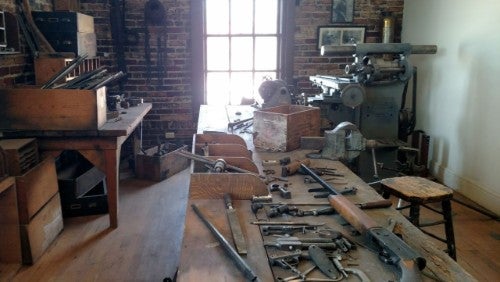 The Browning Collectors Association. Originally based out of Utah, the home-state of the Browning Brothers and the present Browning Company, the association quickly became a portal through which Browning firearm collectors could exchange information, historical facts and provide a marketplace for rare firearms, parts, accessories and much more.

Browning proudly supports the Browning Collectors Association for the great work they do in preserving the legacy of John Moses Browning and the company he began.  LEARN MORE ABOUT THE BROWNING COLLECTORS ASSOCIATION.