The Speed Lock Forearm is one of the most innovative features found on the Browning Maxus semi-auto shotgun. A simple lift of a lever allows you to remove the forearm in less than a few seconds. Also, this same lever is used to attach or remove a sling just as quickly.

Most repeating shotguns use a knurled screw-on magazine cap on the end of the tubular magazine - these caps can be difficult to remove, especially after being exposed to the dirt and grime that we seem to be a magnet for while out in the field, woods, or marshes. The Speed Lock Forearm allows you to quickly and easily remove the forearm to easily access the magazine plug or to allow you to perform quick cleaning for extended periods in the field without taking the chance of losing a relatively small magazine cap.

The Speed Lock Forearm is a feature found only on the Browning Maxus shotgun. 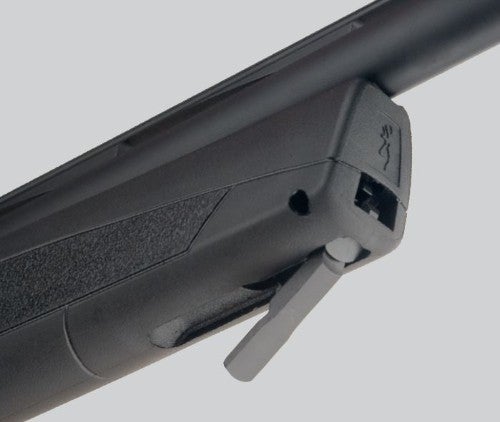