Wicked looks, wicked performance. Be it a lift kit and bigger tires on the truck, the color of paint on the house, or even a tattoo, most people like a little personalization to separate them from the rest of the pack. Why should a shotgun be any different? Now waterfowlers can choose between a pair of Browning autoloaders with custom touches to make them stand out — in a good way. Wicked Wing autoloaders feature a Cerakote Burnt Bronze camo finish on the receiver and Burnt Bronze on the barrel. The oversize bolt release makes it easier to manipulate with gloves. A fully chromed bore adds corrosion resistance and longevity for year after year of shooting performance.

Building on The Legend. The original Browning Auto-5 is considered to be nothing less than a legend in the hunting and shooting sports. Though the new A5 shares only the name and humpback receiver profile with John M. Browning's original autoloader, these new guns build on the legacy of reliability and performance earned by their namesake.

Humpback works. The humpback-shaped receiver of the new Browning A5 may bring back fond memories, but make no mistake, this isn’t your Grandpa’s shotgun. With the all new Kinematic Drive System, the A5 is simply the most reliable, fastest cycling, best balanced and softest shooting recoil-operated autoloader on the planet. We are so confident in the A5, we are standing behind it with a 100,000 round or five-year guarantee that this shotgun will work, come hell or high water. But don’t just take our word for it, get your hands on the unstoppable A5 today.

100,000 ROUND GUARANTEE -- OR FIVE YEARS.
We are so confident in the A5, we are standing behind it with a 100,000 round or five year guarantee that this shotgun will work, come hell or high water.

ERGO BALANCED
The new A5 feels incredibly balanced in your hands from pad to muzzle. It places your front hand closer to the bore line for superior hand-eye coordination and pointability. Read More...

Read more by going to the A5 article here. 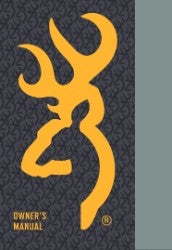 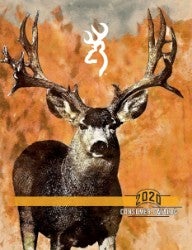