ScoutLookweather.com goes into depth on why they gave the X-Bolt Hell's Canyon SPEED their Editor's Choice award. The SPEED rifle took the top spot in a recent review of ten of the most popular bolt action rifles. This is a great video if you're in the market for a long range, highly accurate, high performance, bolt action rifle.

Watch the video then check out the accuracy information below.

Deer season is upon us in many parts of the country, and plenty of hunters are thinking about putting a new rifle in their gun rack to help them put venison in the freezer and (hopefully) a nice trophy on the wall.

But with so many rifles to choose from, which is the best?

The demanding and insightful editors at Scoutlookweather just conducted an exhaustive and highly objective live fire test of 10 of today’s most popular bolt action deer rifles and as a result they have a strong recommendation for you. It’s the Browning X-Bolt Hell’s Canyon Speed.

The test was as objective as the Scoutlookweather editors could make it. 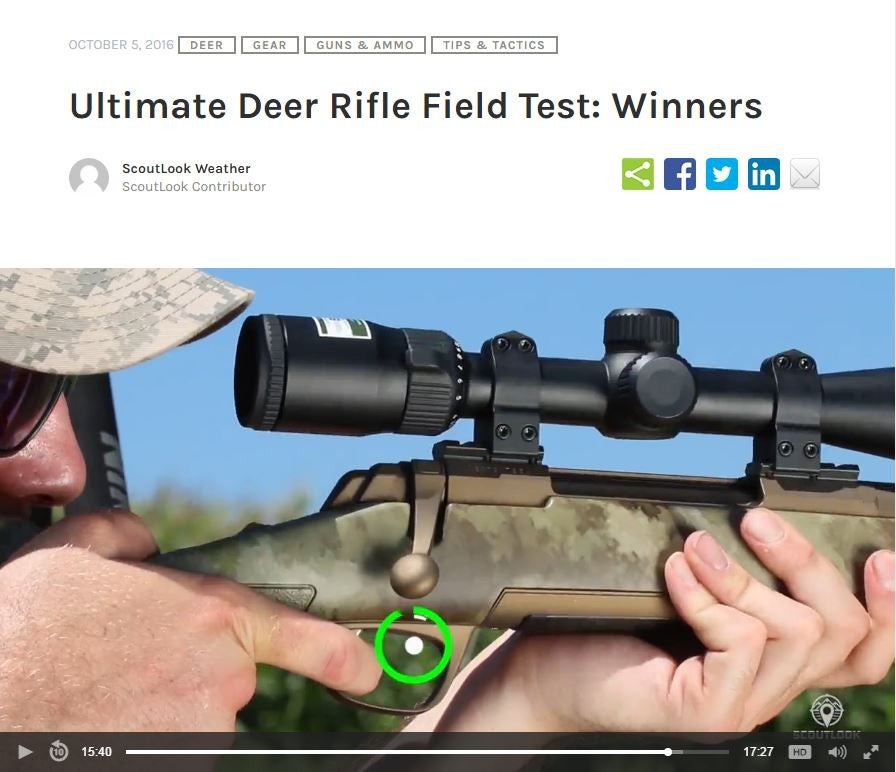 These were the criteria:

The Scoutlookweather editors gave the Browning X-Bolt Hell’s Canyon Speed a 65 out of a possible 70 points and had nothing but praise for the rifle. Remember, the Browning X-Bolt has been around for a while and is a rugged, well-proven design, or in the editor’s own words, “…ready to go to hell and back.”

Among the things the Scoutlookweather editors specifically cited were the X-Bolt Speed’s high-performance look and feel that starts with the bronze Cerekote finish on the receiver and fluted barrel, complete with a factory ported muzzle brake. The synthetic stock is dipped in versatile A-TACS camo and has a Dura-Touch coating for a no-slip grip in all conditions. They described the fast 60-degree bolt lift as “…silky” and the adjustable Feather Trigger as giving a “…perfectly clean and controlled break every time.”

And how does it shoot? How about .96” with factoryammo. (That’s under a minute of angle in anyone’s data book.)

Perhaps the highest praise is their conclusion that the Browning X-Bolt Hell’s Canyon Speed is a rifle that you’ll be proud to own and show off at deer camp, and pass along to the next generation.

We couldn’t have said it better ourselves.

You can see the entire line of Browning X-Bolts here on browning.com or visit your local Browning retailer. 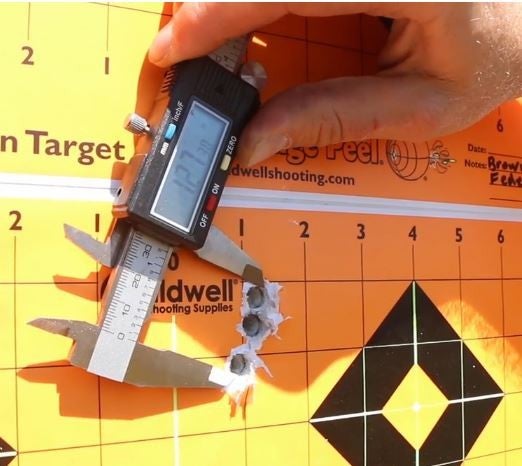