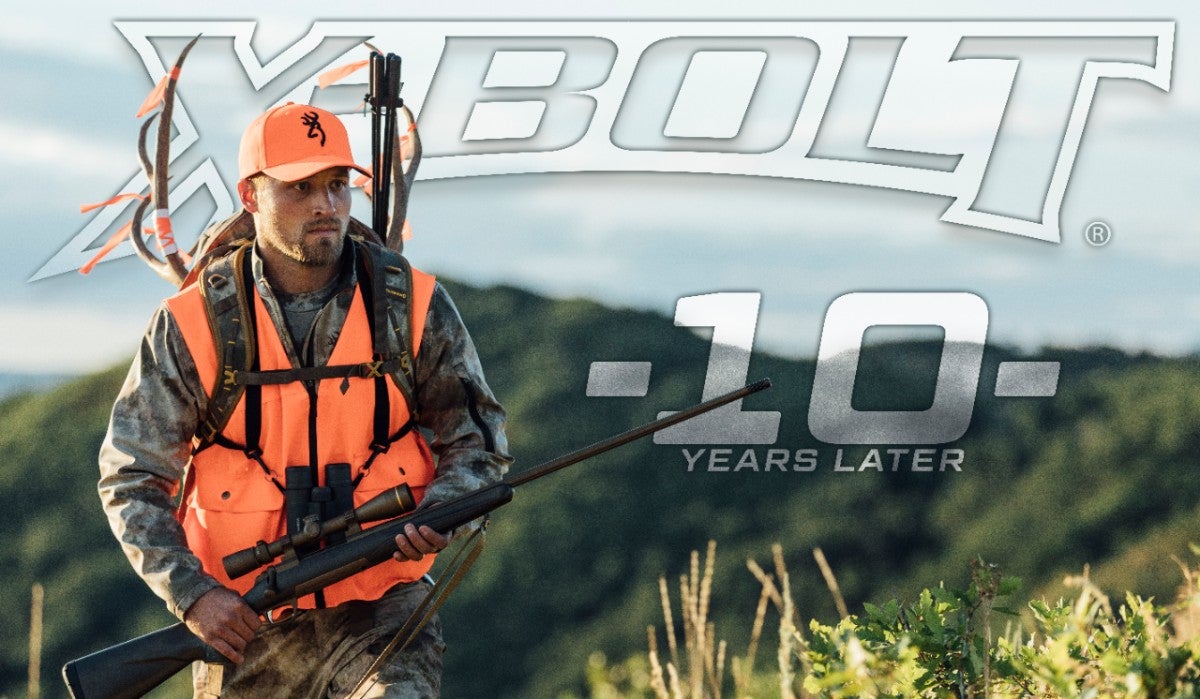 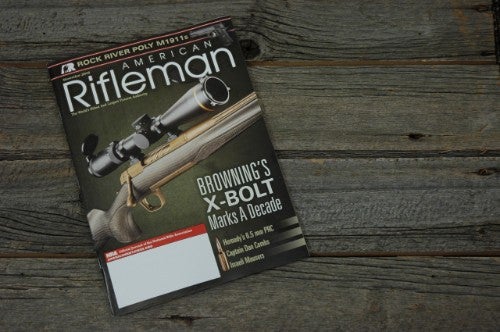 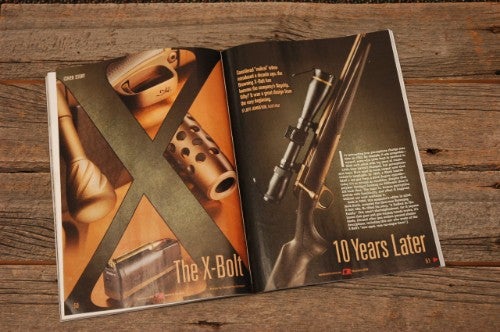 Browning bolt-action fans know about the stunning accuracy, smooth handling and modern good looks that are part and parcel of the X-Bolt rifle. What many don’t know is the rich development history of this incredible rifle. The X-Bolt is now beginning its second decade as America’s premier factory rifle.

The cover story on the November 2018 issue of the NRA American Rifleman by Jeff Johnston goes into exhaustive detail on the unique features of this great rifle, how it came to be and the brilliant engineering minds that shaped it from concept to reality.

Johnston begins his article by recalling back in 2008 the radical styling of the X-Bolt set it apart from the competition. Styles and tastes evolve, and today the X-Bolt’s expressive lines are much more mainstream, but its performance still puts it in a class by itself.

The Browning A-Bolt helped set the stage for the latest X-Bolt. Browning photo.

The X-Bolt of today was preceded by the Browning BBR and the A-Bolt, two rifles that broke entirely new ground in the arena of bolt-action design and performance. The A-Bolt’s slick action, fast 60-degree bolt lift and custom-grade barrels redefined what American shooters could (and soon would) come to expect from factory rifles.

“…I don’t know an A-Bolt owner who doesn’t appreciate his or hers for its quality,” writes Johnston. “Even so, Browning didn’t become one of the world’s most prolific producers of firearms without reason; it has never rested on its laurels or claimed perfection. Rather, it keeps pushing the envelope…”

According to Johnston, the initial development of the X-Bolt began in the late 1990s. “At the time, engineer Joseph Rousseau was placed in charge of the project,” he writes. “Born in Belgium and schooled in engineering and sociology, he’d worked in Europe as an industrial design engineer before immigrating to America in 1989 to work for FN’s Browning and USRAC (Winchester) brands, namely on its shotguns.”

“Today, (Rousseau is) Browning’s director of research and development, in charge of all guns that Browning designs,” Johnston continues. “In the late 1990s he was tasked with designing the X-Bolt concept from the ground up.”

“I assembled the team, and gave them the guidelines,” Johnston quotes Rousseau. “In short, Browning wanted a superior rifle.”

One of the engineers assigned to the X-Bolt rifle project was Marcus Heath. “[Marketing] called for a totally new, accurate rifle with new features and updated styling,” Heath said to Johnston. “We wanted a detachable magazine, increased rigidity of the action for accuracy, an improved trigger and a three-position safety. And all of this would have been fairly easy…if we also didn’t want it to remain light, slim and easy to carry.”

It seems the Browning design team and the legendary Miroku factory in Japan nailed every aspect of the X-Bolt. The rifle retains the light, smooth handling and 60 degree bolt lift of the original A-Bolt. It also provides a polymer detachable box rotary magazine, a bolt unlock button that gives the benefits of a three-position safety without being cumbersome, a crisp, fully-adjustable three-lever trigger and the best barrel on any factory rifle in the world – period. 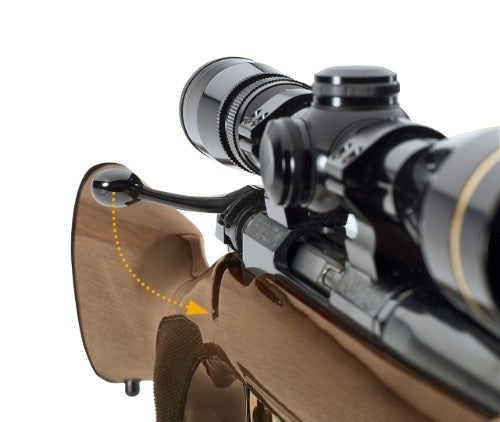 The X-Bolt has a short 60-degree bolt lift for faster operation and better clearance of the scope’s eyepiece. Browning photo. 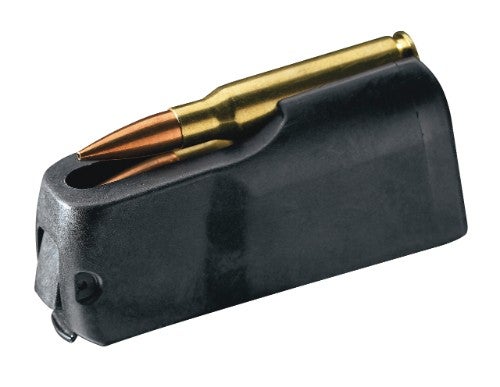 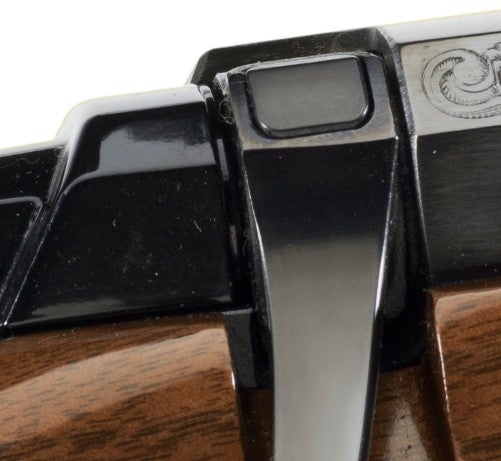 The X-Bolt’s unique bolt unlock button gives the benefits of a three-position safety without being cumbersome. Browning photo.

“One-hundred percent of Miroku’s Browning barrels are air-gauged at the factory.” Heath said to Johnston. “Every single barrel that makes it on a Browning rifle is honed using a proprietary process and then bore scoped for perfection. We’ll put them up against anyone’s.” 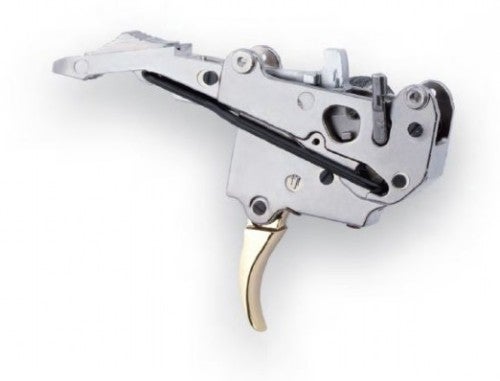 Another member of the X-Bolt team was marketing analyst Aaron Cummins. “At the early stages of development, I went to bat for a three-lever trigger…,” Johnston quotes Cummins, who is now the Browning product manager who handles the X-Bolt. “My argument at the time was that a good trigger pull will trump secondary safeties on the trigger.”

“Browning’s Feather Trigger (is) one of the best factory triggers, in terms of feel, on the market.”

“What resulted was Browning’s Feather Trigger, and I think it’s one of the best factory triggers, in terms of feel, on the market,” notes Johnston.

Other important details, like stock bedding and scope mounts, were carefully scrutinized.  “Finally, Rousseau also felt the A-Bolt’s scope-mounting system—indeed, that of most rifles—could be improved,” reported Johnston. “So instead of drilling and tapping two holes at each end of the action, engineers seized advantage of the X-Bolt’s flat top and ordered a total of eight scope mounting holes. Some scopes are very heavy these days, so doubling the holding power of the bases would prevent heavy scopes atop lightweight, heavy-recoiling rifles from catastrophic failures. Browning’s proprietary scope mounts feature rings and bases as one solid unit; I believe the system is superior to the vast majority of rifles currently on the market.” 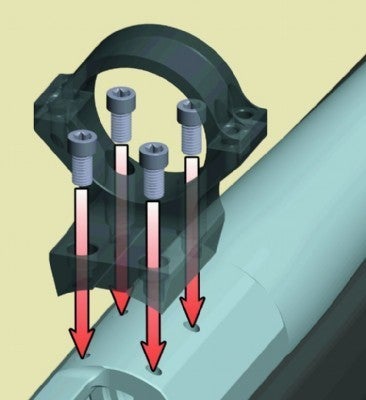 “Browning’s proprietary scope mount…system is superior to the vast majority of rifles currently on the market.”

“What finally resulted in 2007 was a rifle that looked radical compared to others of the time, yet was easy to carry, light, trim and had true improvements over the A-Bolt, as well as most other rifles, in general,” noted Johnston. “At least this magazine thought so. In 2008, the X-Bolt won American Rifleman’s Golden Bullseye Award for Rifle of the Year.”

Glossy and highly polished, the X-Bolt Medallion is a timeless classic. Browning photo.

“In 2008, the X-Bolt won American Rifleman’s Golden Bullseye Award for Rifle of the Year.”

“For its latest iteration, the iconic company rolled out what is likely the finest pure hunting rifle to ever be stamped with the Buckmark,” Johnston revealed. “It’s called the X-Bolt Pro. Browning worked with a specialty maker to produce a fully carbon-fiber-woven stock that is many times more rigid than wood or polymer, durable and weather resistant, and still lightweight….The Pro features a M13x0.75 threaded barrel for a brake (included) or a suppressor, and its metal is coated in a bronze-colored Cerakote finish. With its fluted bolt, barrel and feathery stock, the Pro weighs 6 lbs., 8 ozs., a stat that puts it in the custom-rifle class at shade more than $2,000. My test model in .300 Win. Mag. shoots sub-inch groups until the thin, 26" barrel gets cooking. All told, based on its performance, features and carry factor, it’s one of my favorite pure-hunting rifles. 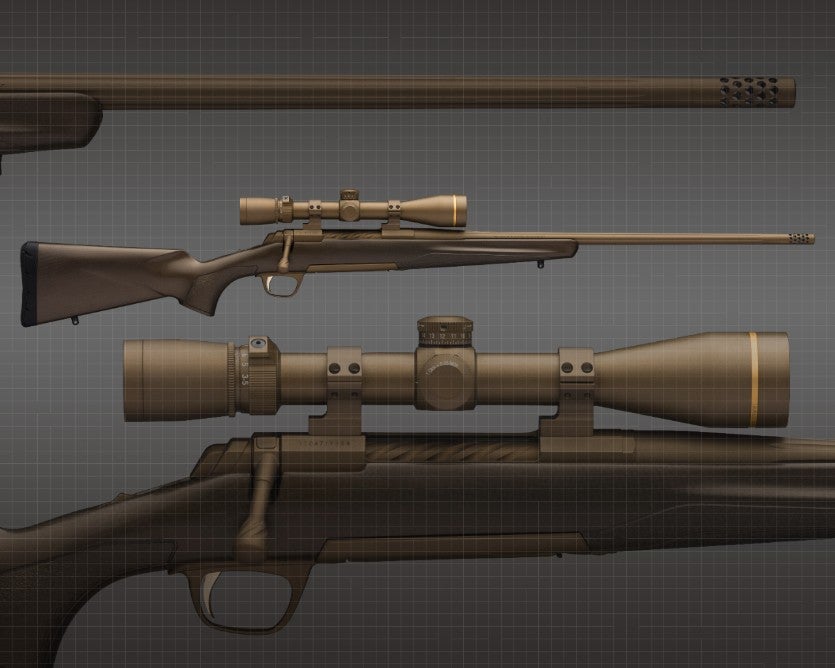 “All told, based on its performance, features and carry factor, (the new X-Bolt Pro is) one of my favorite pure-hunting rifles.”

“In this era that’s laden with prime examples of ‘new and improved’ products that ultimately proved to be their undoing, Browning’s vision proved spot-on with its X-Bolt,” Johnston concluded. “…The X-Bolt’s once-radical design is now perceived as normal. Yet I don’t believe this happened entirely due to the X-Bolt’s aesthetics, Browning’s marketing or peoples’ perceptions changing on their own. Rather, as time has told, it’s just an excellent rifle.”

“…As time has told, it’s just an excellent rifle.”

You can read the entire NRA American Rifleman article by Jeff Johnston at www.americanrifleman.org/articles/2018/10/15/the-browning-x-bolt-rifle-10-years-later/