Operation Torch — The Allies Go On the Offensive in North Africa.

American troops cross the beach on the morning of November 8, 1943 during Operation Torch. Wikipedia photo.

America and England Began Hunting the “Desert Fox” 75 Years Ago.

On November 8, 1942, combined American and British land, air and naval forces launched Operation Torch, a series of amphibious landings on both the western coast of Africa and at numerous points on the Mediterranean coast in North Africa. It was the first time during WWII that American ground forces were committed in strength in the European Theater of Operations (ETO), and the first major joint offensive operation conducted by the American and British. 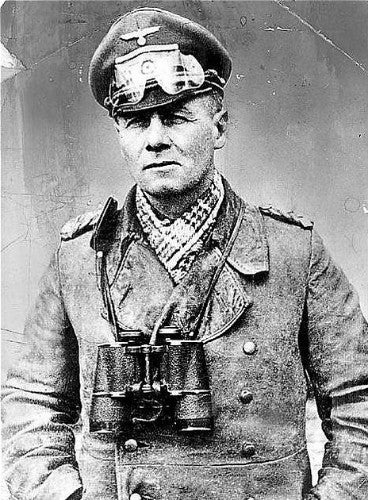 Since the surprise attacks at Pearl Harbor and on other American and British bases throughout the Pacific in December of 1941, domestic public opinion and Allied political pressure was growing to get American forces into the fight against the Germans somewhere – anywhere – in Europe.

North Africa would be that somewhere, and General Erwin Rommel, the German’s “Desert Fox” who was a visionary pioneer of open-country tank warfare would lead the enemy’s forces. 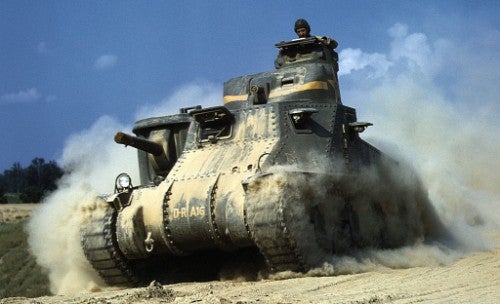 Lightly armored and under-gunned, the American M-3 Lee/Grant tank proved to be vastly inferior to German armor. It was soon replaced by the tougher M-4 Sherman. US Army photo.

During Operation Torch the Americans faced the combined Axis forces on the ground for first time. While the landings themselves in November 1942 were generally successful, some early battles in 1943 between the Americans and the Germans, such as the savage fight at the Kasserine Pass, proved to be disasters for the untested Yanks. German air superiority, combined with better tactics and armor, handed the Americans a stinging defeat.

However, under the leadership of Generals Eisenhower and Patton, the Americans quickly learned the bitter lessons of desert warfare against the Axis forces, the first of which was to never underestimate the will and might of the German Army, or the cunning of the Desert Fox. 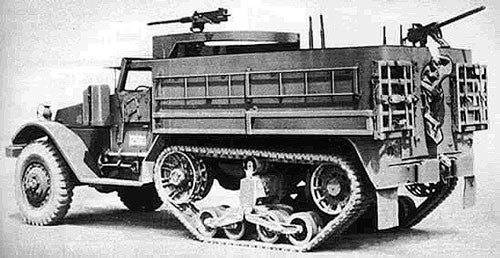 Operation Torch soon revealed numerous deficiencies in Allied equipment and tactics. The early models of the American M-3 Lee/Grant tank, with its primitive riveted hull plate construction proved no match for superior German tanks and artillery, especially their dreaded 88mm high velocity gun. When US General Omar Bradley asked an American GI if the German’s machine gun bullets could penetrate the thinly-armored halftrack troop carriers, the reply was, “No, sir, they only come through the wall and rattle around a bit.” 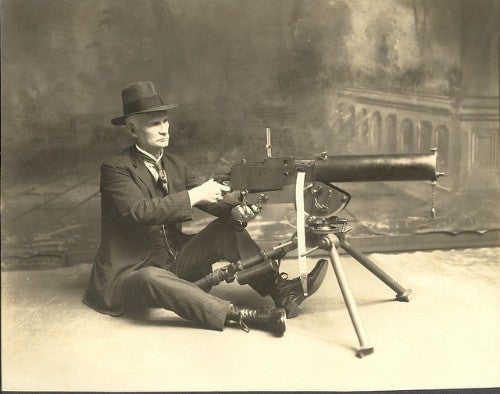 Torch also demonstrated the importance of establishing air superiority early in any ground campaign. The German Luftwaffe, operating from all-weather paved runways, was often able to ride roughshod over both American and British ground forces because Allied aircraft were operating from improvised dirt airstrips that became quagmires during the region’s winter rains. In all future Allied operations in WWII, establishing control of the air became a high priority and was crucial to the success of the D-Day landings in France a year later.

Fortunately, the heat, dust (and clinging seasonal mud) of North Africa proved to be no match for the Allies’ small arms designed by America’s John M. Browning. Considered the greatest firearm inventor of all time, Mr. Browning pioneered the concept of the gas-operated and recoil-operated belt-fed machine gun in the era just before and during WWI. His .30 caliber M1917 and M1919, and .50 caliber M2 machine guns were fitted on virtually every American tank, half-track, jeep, landing craft, ship and aircraft, as well as on those of most of her Allies during WWII. 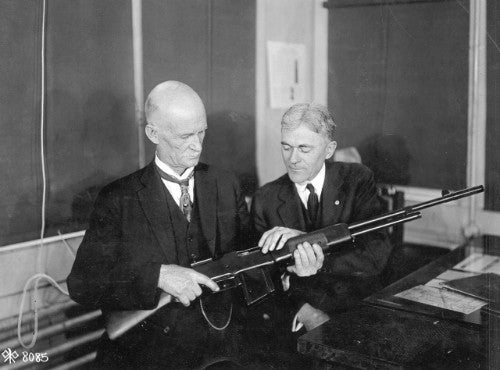 John M. Browning examines a production model of the BAR at the Winchester factory around 1920. US Army Signal Corps photo.

His Browning Automatic Rifle – the legendary BAR – put fully-automatic firepower in the hands of the infantry rifle squad, and it often was the decisive instrument that turned the fight in the American’s favor when the ground combat was up close and personal. His reliable and hard-hitting Model 1911 .45 automatic pistol rode in the holster of millions of American officers, NCOs and enlisted men (and women) on land, sea and in the air.

As the 1943 fighting progressed, American and British military leaders labored (not always successfully) to work together, putting aside their personal agendas, national differences and even egos to achieve success in a more important shared objective. For example, the clash of personalities between America’s General George Patton and British General Bernard Montgomery was legendary and remained a friction point throughout the war.

Generals Montgomery and Patton shake hands for the camera during WWII. The pair remained bitter personal rivals throughout the war. US Army Signal Corps photo.

By early April, British forces pushing from the east and American forces driving from the west linked up in Tunisia, and by mid-May the Allies had forced the surrender of German forces in North Africa. The southern flank of the Mediterranean Basin had been secured, and it would serve as the staging area for the Allied invasions of Sicily and Italy later in 1943, and as the base for countless Allied bombing missions throughout southern Europe.

However, Erwin Rommel, the Desert Fox himself had slipped the trap, and the Allies would face him again in just a year’s time on lonely stretch of French coastline at place called – Normandy. 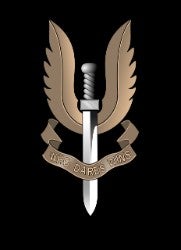 Equipped with fast, heavily-armed light vehicles, these self-contained units operated for days or even weeks at a time, conducting recon missions and lighting swift raids deep behind enemy lines in North Africa. 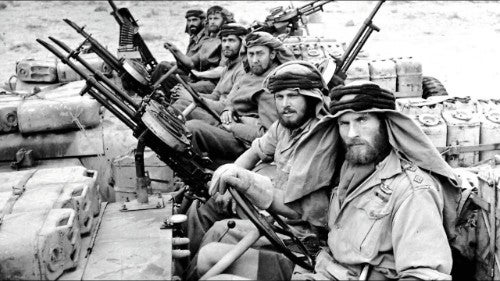 Their positive contribution to the outcome of Operation Torch and WWII overall was vastly out of proportion to the small number of men and the limited resources required by these elite units.

Today’s special warfare units are among the most highly valued and often used military tools by the US and her allies. Units like the British Special Air Services (SAS) and Special Boat Services (SBS) and American SOCOM units like Delta and the SEALS can trace many of their tactical and doctrinal roots to these rugged, gung-ho warriors of long ago. 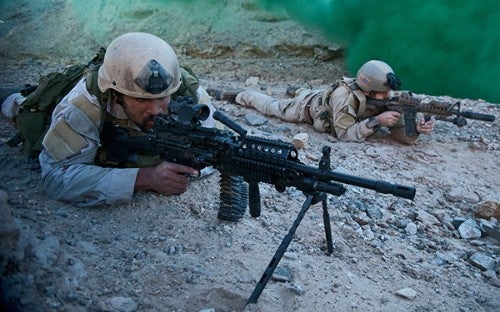 A US Navy SEAL takes aim with his FN-built MK48 7.62mm machine gun. US DoD photo.

Copyright Browning 2017. Written by Browning staff writer Scott Engen. Photos copyright by Browning, from the Browning company archives, or are in the public domain as indicated in the caption.