Back When Browning Joined the US Navy.

The US Navy proudly traces its lineage all the way back to the American Revolution, to 13 October 1775 and an act of the Second Continental Congress in Philadelphia. Back then it was called the Continental Navy, and the seaborne force was disbanded after the end of that conflict.

A decade later, in response to the problems of piracy along the Barbary Coast of North Africa against American merchantmen the US Congress passed the Naval Act of 1794 that created a permanent blue water naval force for the United States of America. The US Navy has protected America in war and peace ever since.

Original 1879 seal of the Navy Department of the United States. 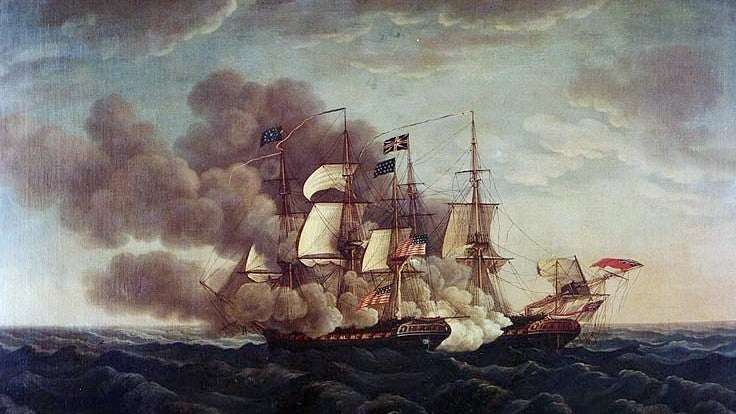 The USS Constitution (AKA Old Ironsides) rips into the HMS Guerriere during the War of 1812. The Americans were victorious and, after transferring the remaining crew to their ship, the Yanks burned her right down to the waterline.

A great deal has transpired since the founding of the US Navy. And for the past 120 years or so the genius of John Moses Browning played a key role. 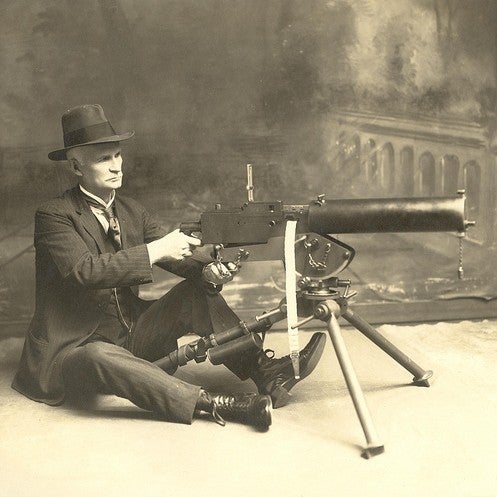 Looking back it would seem there was never a time that the ships, planes and sailors of the US Navy weren’t equipped with some form of armament designed by John M. Browning, but it wasn’t until 1893 that the US Navy began testing the earliest models of what would soon be designated Browning’s Model 1895 gas-operated machine gun, chambered in the then standard 6mm Lee Navy cartridge. In fact, the Navy was the first US military branch to adopt the Model 1895 Browning. 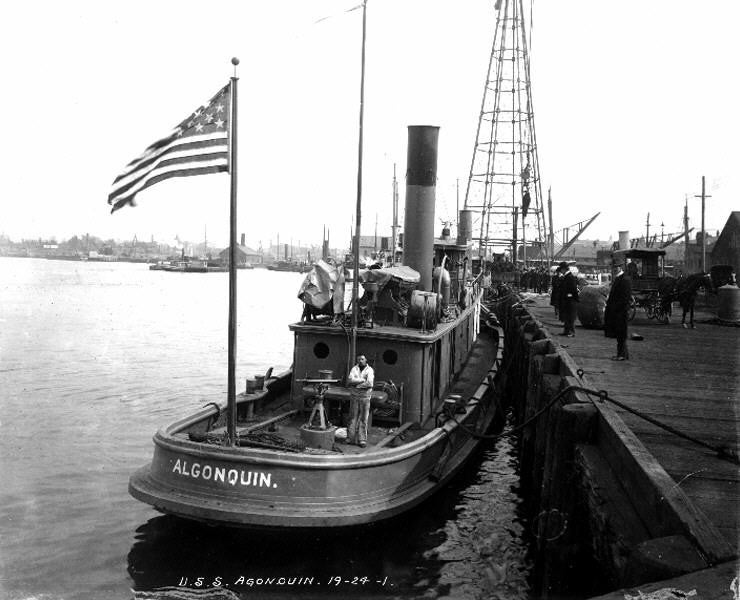 The Model 1895 machine gun also saw action ashore in the hands of American sailors from the USS Michigan during the fighting at Vera Cruz, Mexico in 1914. 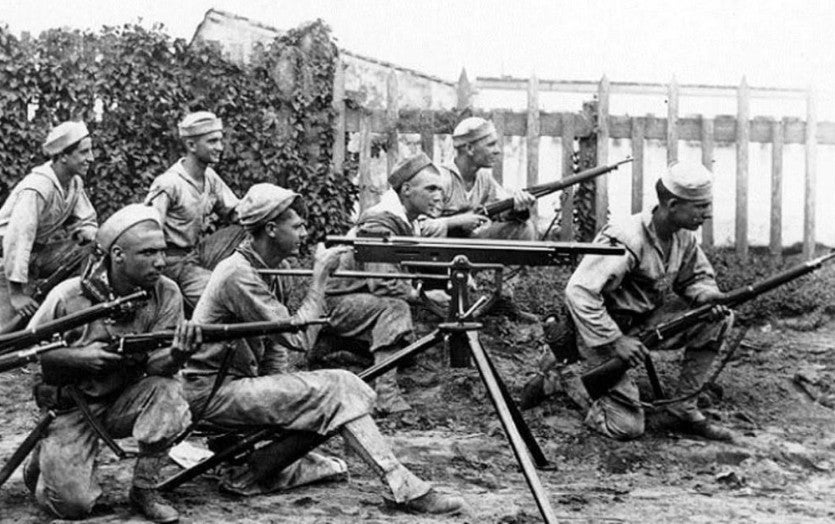 American sailors from the USS Michigan in 1914 at Vera Cruz, Mexico.

As the years progressed, naval weapons evolved to meet the demands of the conflicts of the day. John M. Browning was tasked with designing firearms for all branches of the US military. The US Navy, along with the USMC, adopted Mr. Browning’s Model 1911 .45 automatic pistol in 1913. It remained their standard sidearm until the mid-1980s, and some Special Operations units still deploy the 1911 as their sidearm of choice. 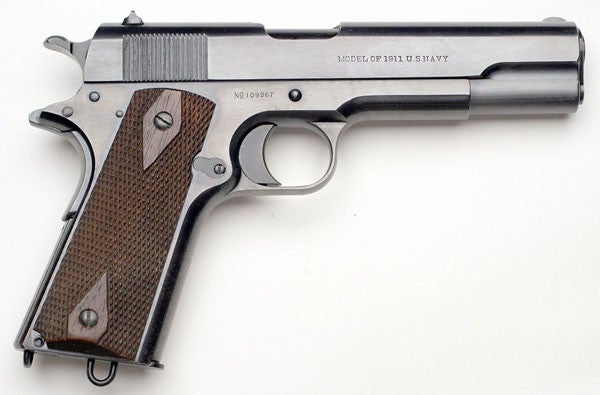 The WWI-vintage Browning Automatic Rifle (BAR) was patented in 1917 and saw extensive duty at sea and ashore during the interwar years, including extensive duty in the Central American “Banana Wars” and in the Far East. The US Navy’s BAR was made even more famous in the hands of Steve McQueen in the 1966 movie “The Sand Pebbles.”

The US Navy also used the John M. Browning-designed Model 1897 pump action shotgun for both shipboard security duty and service ashore. It was fitted with a bayonet lug and a heat shield above the barrel to avoid burning the operator’s hands during sustained firing. 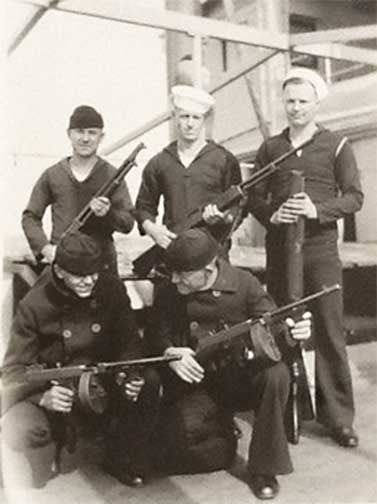 US sailors stationed aboard the USS Luzon, part of the Yangtze River Patrol in China show off some fine examples from the boat’s small arms locker. The sailor standing at the far left holds a Browning designed Model 1897 riot shotgun, while the sailor standing next to him has a Browning Automatic Rifle.

The advent of WWII found a huge demand for Browning-designed firearms, including his .30 and .50 caliber machine guns. Virtually every US Navy combat aircraft from the 1930s through the late 1950s was fitted with multiple Browning machine guns in fixed or flexible mounts. 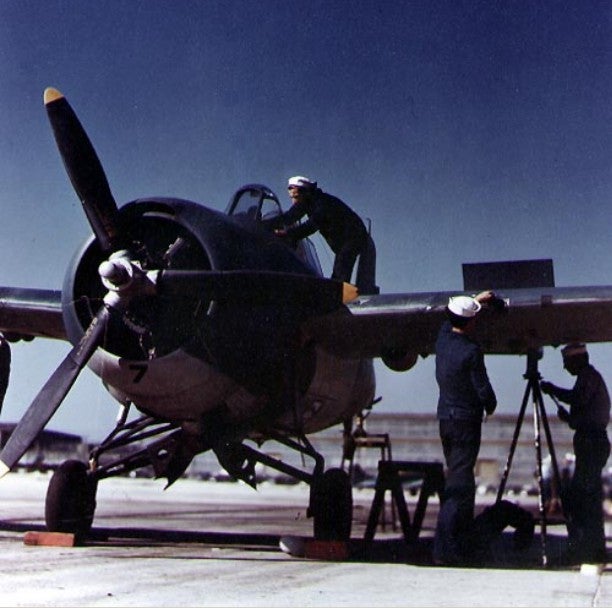 Aboard ship the Browning was also in great demand, and used against the enemy with telling effect. In the early hours of December 7, 1941, the opening morning of WWII, an African American sailor named Doris “Dorie” Miller was gathering laundry when his ship, the USS West Virginia came under Japanese bomb and torpedo attack.

Miller rushed to his battle station, only to discover it had been destroyed by a torpedo strike. Miller quickly went topside to assist with the injured, including tending to the ship’s mortally wounded CO, Captain Mervyn Sharp Bennion

Miller manned a water-cooled .50 caliber Browning anti-aircraft machine gun and began hammering away at the attacking enemy aircraft until he had expended the gun’s supply of ammo.

Miller had never been trained on or fired the big Browning. “It wasn’t hard,” said Miller shortly after the battle. “I just pulled the trigger and she worked fine. I had watched the others with these guns. I guess I fired her for about 15 minutes. I think I got one of those Jap planes. They were diving pretty close to us.” 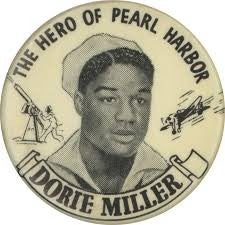 “I just pulled the trigger and she worked fine. I had watched the others with these guns. I guess I fired her for about 15 minutes."

Ship’s Cook Third Class Doris Miller was awarded the Navy Cross for his heroic actions that December morning in 1941. His award citation reads, “For distinguished devotion to duty, extraordinary courage and disregard for his own personal safety…in the face of a serious fire, assisted in moving his captain, who had been mortally wounded, to a place of greater safety, and later manned and operated a machine gun…until ordered to leave the bridge.”

Miller, along with more than 600 of his shipmates died when the escort carrier USS Liscome Bay was torpedoed in November of 1943 off Makin Island. The USS Miller (FF 1091), a Knox-class frigate commissioned in 1973 was named in honor of Doris Miller, USN. 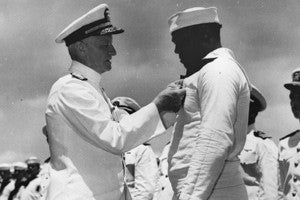 Browning .50 caliber guns were also used extensively on the fast, shallow-draft Patrol Torpedo (PT) boats deployed throughout the South Pacific. They were so effective in combat they were often called “Devil Boats” by the enemy.

One young skipper, a LTJG J. F. Kennedy of Boston had his PT boat, the 109 cut in half by a Japanese destroyer in the heat of a naval battle off the Solomon Islands in 1943. In 1960 US Senator John F. Kennedy of Massachusetts was elected President of the United States. The wreckage of LTJG Kennedy’s PT-109 would be found on the seabed in 2002. 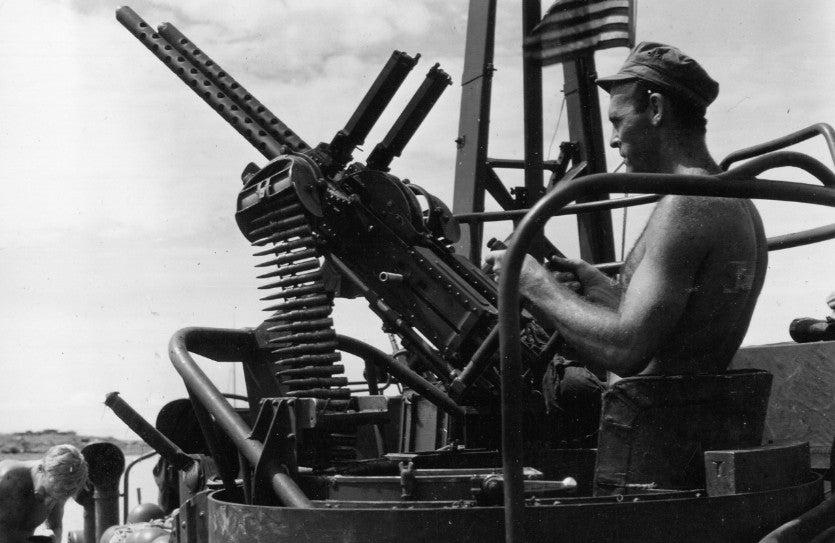 Browning machine guns saw extensive use on swift boats and other river patrol craft during the Vietnam War as part of the “Brown Water Navy.” Interdicting enemy shipping movement and providing fire support to friendly troops in action near the riverbanks were the primary duties of these riverine forces. The US Navy’s Patrol Boat, River (PBRs) became familiar to several generations of moviegoers from their appearance in the 1979 movie “Apocalypse Now.”

A US Navy “Brown Water” sailor mans his .50 caliber Browning during Vietnam.

Even today John M. Browning-designed machine guns remain in active service aboard US Navy ships and aircraft. The M3M/GAU-21 is the standard rear ramp mounted heavy machine gun for both Navy and Marine helicopters. 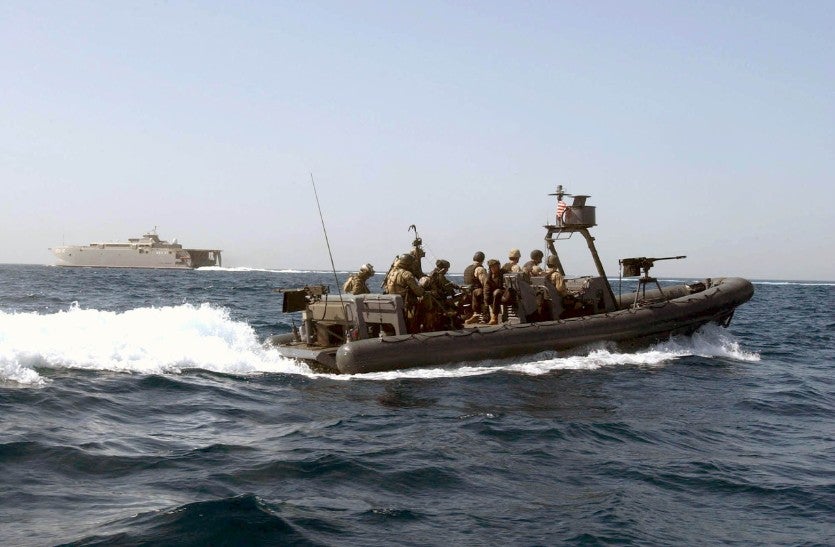 Browning is proud to be a part of the US naval tradition and is pleased to wish a hearty Happy 241st Birthday to the US Navy.

We proudly salute the service and sacrifices of many generations of sailors and aviators who have kept America, and the World safe and free. 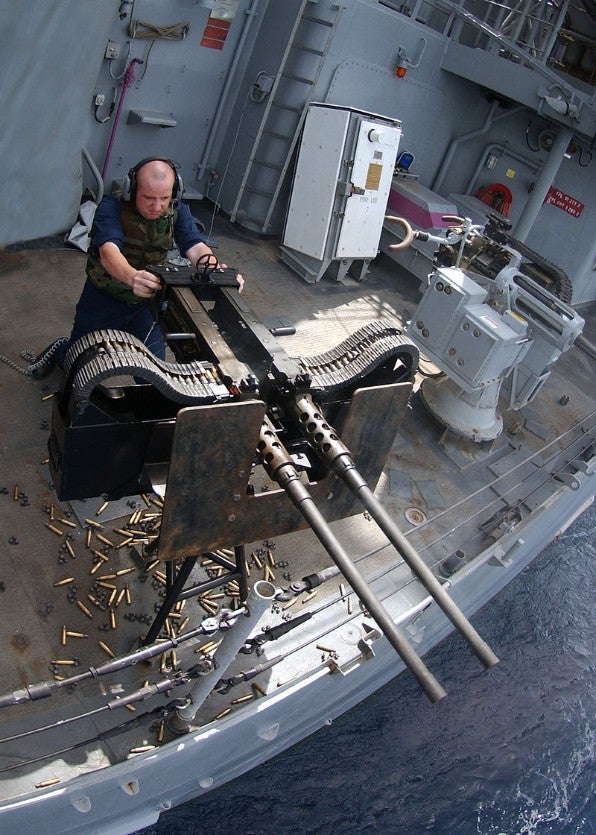 A US Navy seaman in live-fire training on twin .50 caliber Browning machine guns.

John Moses Browning is known around the world as the greatest gun inventor the world has ever known. His contributions to sporting arms are legendary, beginning with his decades-long relationship with Winchester Repeating Arms. But his contribution to the cause of freedom around the world -- with his ground breaking military firearms designs -- is so significant that clearly the world would not be the same today without him.

The early life of John Moses Browning and his family.

Historic timeline of John Moses Browning and the Browning company. 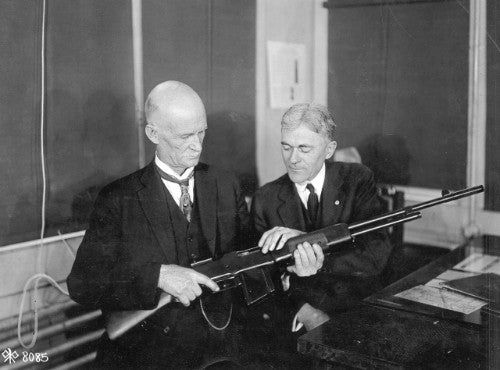