Mark Francis and the "Camo Revolution"

As an avid outdoors person you probably find camo clothing is a staple of your wardrobe, both in the woods and around town. But there was a time not too long ago when most outdoor clothing wasn’t available in today’s multitude of camo patterns and colors, and probably wasn’t all that great at keeping you warm and dry in the worst weather that Mother Nature could stir up.

After 45 years with Browning, Francis is slated to retire shortly after the 2016 SHOT Show.

Recently SHOT Business, the official publication of the National Shooting Sports Foundation published a profile written by David Draper on Browning’s Mark Francis, the long-time product manager for or outdoor clothing line. After 45 years with Browning, Francis is slated to retire shortly after the 2016 SHOT Show.

Click here to read the full story in SHOT Business. 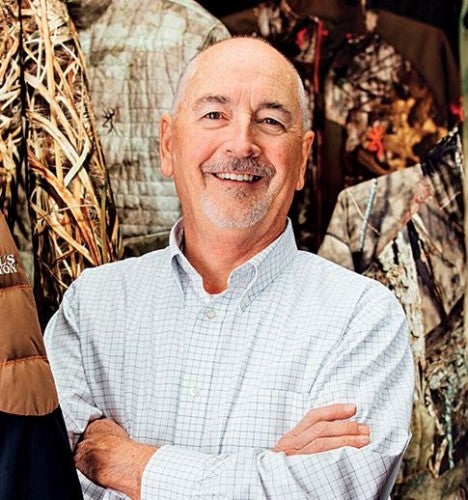 Mark Francis, Browning’s apparel manager, is set to hang up his scissors after 45 years.

Francis was first hired by Browning in 1971 while he was still in college. His first assignment was working as a chauffeur and go-fer for company president Val Browning, the eldest son of company founder John M. Browning. Over the years Francis worked his way up the ranks, eventually moving into product management for outdoor clothing just as sourcing was headed overseas.

“Browning has been very good to me. I was a kid, wet behind the ears, and they let me grow at my own pace.”

“Being young and naïve, I said, ‘I’ll do that,’ not knowing what I had gotten myself into,” says Francis in the recent SHOT Business interview. “Browning has been very good to me. I was a kid, wet behind the ears, and they let me grow at my own pace. I did all kinds of things in product development, but I always had my eye on apparel, as I liked that category. It’s been a lot of fun, with a lot of challenges and a few successes.”

According to SHOT Business, Francis’ successes mark some of the most important advancements for hunters, including Browning Hydro-Fleece, without question the first waterproof, breathable rainwear that was also quiet. It was a game-changer in the way hunters could stay protected and concealed in any weather conditions.

According to Draper, Francis also created Browning’s down program, working to adapt the traditional insulation for modern hunters. More recently, Francis and Browning introduced hunters to next-generation synthetic insulations, and he was among the first apparel designers to build Primaloft into hunting clothing. His latest effort is the Speed line of active outdoor wear, designed for the backcountry athlete and high-activity aerobic hunter, which will be a major multi-product at the 2016 SHOT Show.

If you’d like to read the entire David Draper interview in SHOT Business, visit http://www.shotbusiness.com/the-man-behind-the-camo-clothing-revolution/

You can also see the some of the best results of Francis’ extensive clothing design career just by visiting the Browning huntingwear sections of this website. 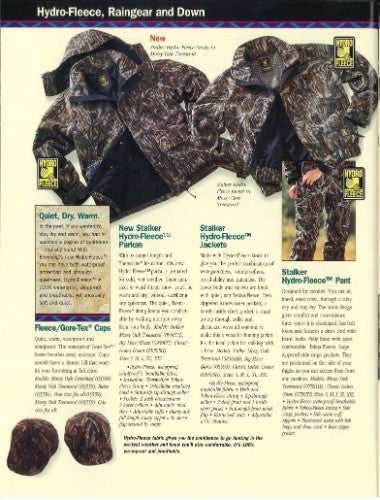 Above -- This is the catalog page from the 1993 Browning Archery catalog announcing Hydro-Fleece and correctly identifying it as a breakthrough in quiet, soft, warm, waterproof hunting clothing.  Before this breakthrough, waterproof meant "noisy." 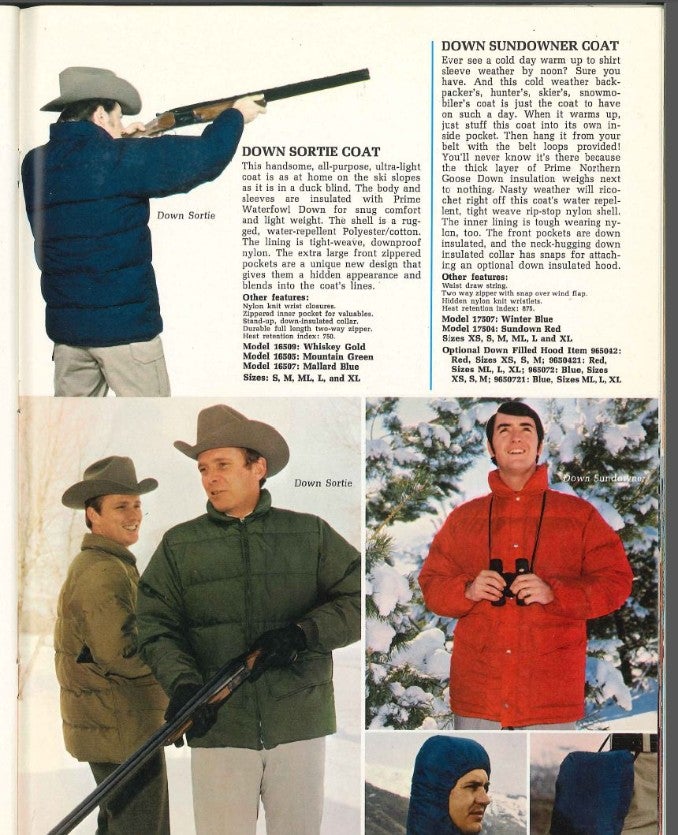 This catalog page is from the 1974 Browning printed catalog. The page shows Browning's young product manager, Mark Francis, posing as his own model while wearing his red Down Sundowner Coat (photo: mid right) which was part of the line he worked on in his early years. Mark was Browning's down insulation expert early on before he became a mover and a shaker in the evolving camo clothing business.

Those of us who were around in the 1990s remember the excitement of the Hydro-Fleece introduction. It was a game-changer and everyone in the industry knew it.

Today, those of us who are avid hunters shudder to think of the days before we had soft, quiet, waterproof huntingwear.