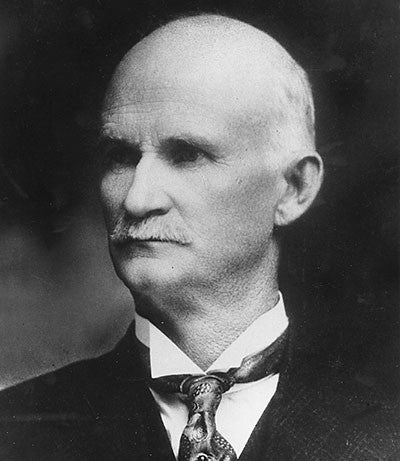 While big-bore rifles were popular among big-game hunters, at the other end of the spectrum were the .22 caliber rimfire rifles. It was here that John M. Browning made another of his great contributions to firearm design, starting with his Model 1890 slide-action rifle.

As a bit of background, by the late 1880s, America had become increasingly urbanized. For the most part, the unbroken frontier that was the Great American West had been surveyed, settled, fenced and cross-fenced. The railroad ran from coast to coast, and to many points in between. 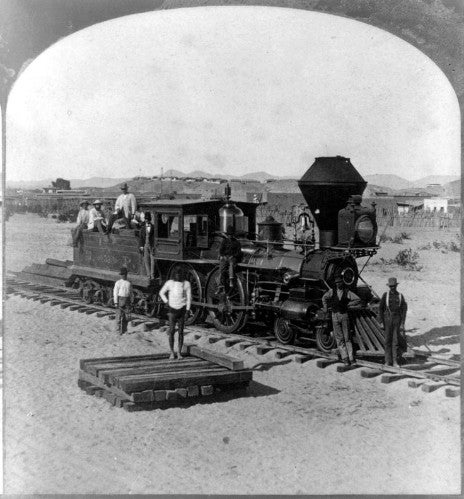 But in that increasingly-settled landscape there was still a huge demand among both adults and youngsters for smaller, slick handling rimfire rifles that were quiet yet effective on small game, varmints and tin cans.

One pressing problem in the repeating rimfire rifles of the day was how to reliably feed the diminutive .22 Short cartridge. Another challenge was to create a cartridge feeding system that could be adapted to the various rimfire cartridge case lengths of that era’s ammo. Winchester asked John M. Browning to take a crack at solving the puzzle.

His solution was the simple yet elegant Model 1890 slide-action rifle. Mr. Browning solved the feeding problem by designing a finger-like cartridge stop that reliably metered a single 22 Short cartridge from the tubular magazine and aligned it precisely with the chamber just as the fired cartridge was ejected.

The first Model 1890s were made with a fixed frame and barrel. Three years later a takedown variant like the one shown here was made available. In 1906 a refined version (which was obviously called the Model 1906) was introduced that could handle almost any .22 rimfire cartridge then on the market. In 1932 a further refined design called the Model 62 was introduced and, along with the Model 62A, remained in production until 1958. 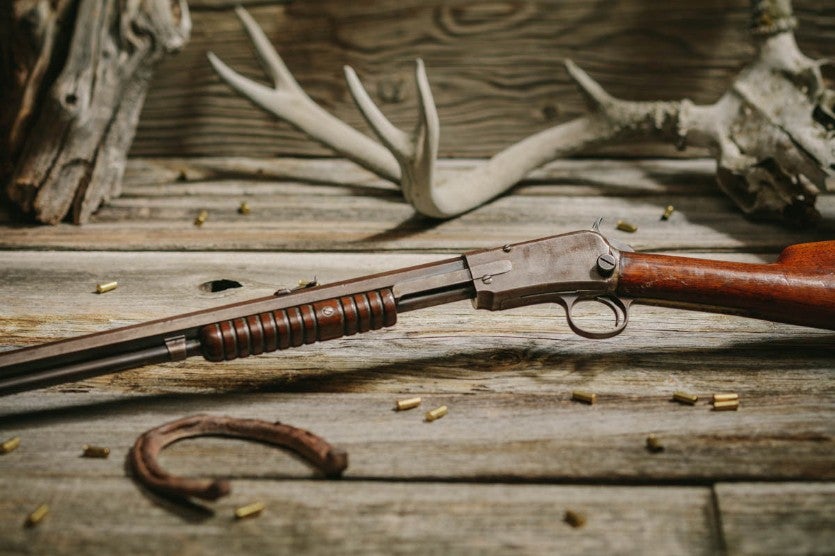 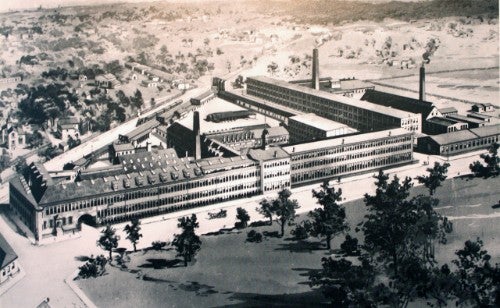 During the nearly 70-year lifespan of the Model 1890 (and its several successors) more than two million guns were produced at the Winchester factory in New Haven. It’s still one of the most popular pump-action rimfire rifles ever produced. 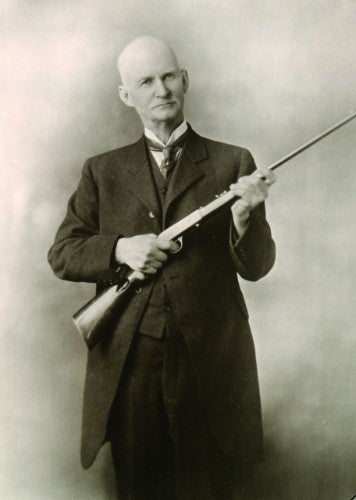 Today the affection for slick-handling rimfire rifles that was shown by John M. Browning more than a century ago remains strong at the company that bears his name. Rifles like the SA-22 autoloader, designed by Mr. Browning himself, remain in the product line. 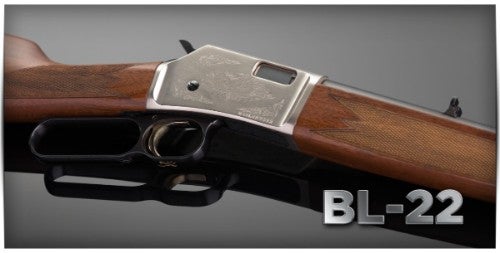 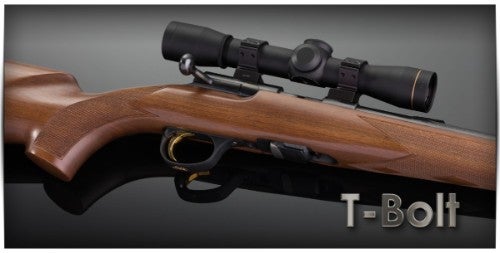 Newer models like the BL-22, T-Bolt and Buck Mark have also made their mark in the rimfire marketplace and developed legions of fans young and old.

And today, nearly a full century after his passing, we think that John M. Browning would be very pleased that many new shooters have embarked on a life-long hobby behind a rimfire rifle engraved with the Browning name.

(In our next episode – John M. Browning Designs the Model 1892 and Model 1894 lever-action centerfire rifles – and they become the most popular saddle guns of all time.)

Copyright Browning, 2018,, 2019. Written by Browning staff writer Scott Engen. Photos are copyright by Browning and/or Winchester Repeating Arms (used with permission) or are in the public domain or as indicated in the caption.