Before getting to the review of the article, here's a little background. You may have heard the online buzz or caught some of the rumors floating around your local gun store - something very cool in the defensive handgun market was about to be announced by Browning. Now it’s official. Browning has introduced a new 380 ACP pistol under the Black Label banner. Based on the popular 1911-22 platform and built in the USA.

Like its grandfather, the original Model 1911 in 45 ACP, the 1911-380 is a single action autoloader with a single stack magazine, a manual thumb safety and an external hammer. All of the operations on the original 1911 are present with the 1911-380. It loads, shoots, unloads and fieldstrips in the same manner. (Quite simply, it’s like a full-sized 1911 only 15% smaller.) 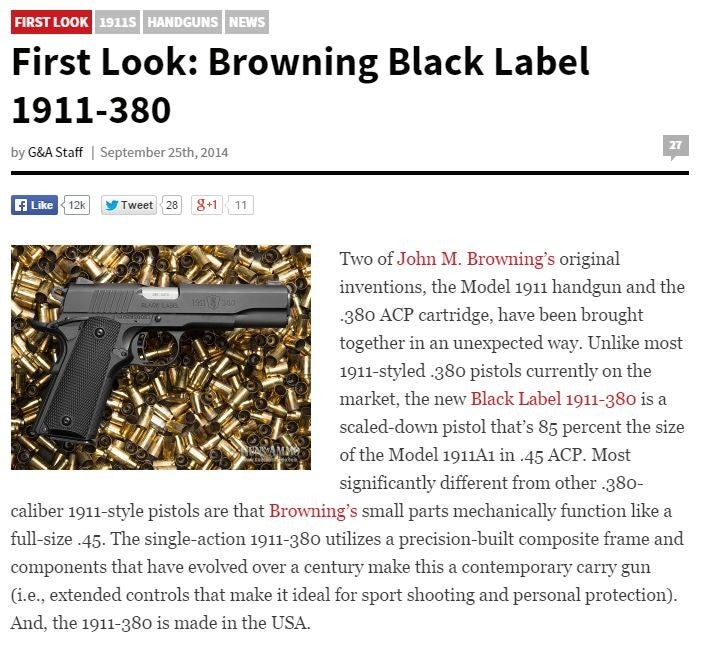 “Because it’s a Browning design, and not a cosmetic look-alike, this pistol is superbly reliable,”

The first media outlet to break the 1911-380 story was Guns & Ammo.com. G&A Editor Eric Poole spent a coupe of days at Browning’s headquarters in Morgan, Utah, learning the ins and outs of the 1911-380, including a daylong shooting session with five samples of the 1911-380 and a couple cases of Winchester rain and Defend ammo ammunition. Poole came back from Utah with two takeaways: these pistols are highly reliable and they are vey accurate. No malfunctions were observed and after a full day of hammering paper and steel, Poole broke several clay targets placed on the berms out at 100 yards.

“Because it’s a Browning design, and not a cosmetic look-alike, this pistol is superbly reliable,” noted Poole. “Unlike most 1911-styled .380 pistols currently on the market, the new Black Label 1911-380 is a scaled-down pistol that’s 85 percent the size of the Model 1911A1 in .45 ACP. Most significantly different from other .380-caliber 1911-style pistols are that Browning’s small parts mechanically function like a full-size .45.”

As Guns & Ammo’s editors noted, “If you’re in the market for a deep-concealment back-up pistol or carrying a .380 doesn’t bother you, this new Browning 1911 is deserving of your attention. It’s extremely light, shoots fast, accurate and is simple to keep follow-up shots on target.”

The new Black Label 1911-380 has all the popular upgrades that have long been considered custom add-ons for generations of 1911 shooters. Fixed combat sights, extended operating controls, a humpback beavertail grip safety, flat mainspring housing and a long skeletonized trigger are all standard equipment on the Black Label 1911-380. The steel slide has angled cocking serrations and the rust resistant steel barrel sports a recessed target crown.

You can learn more about the new 1911-380 at browning.com and you can read the full G&A online feature byclicking here or going to  http://www.gunsandammo.com/first-look/first-look-browning-1911-380-2/ 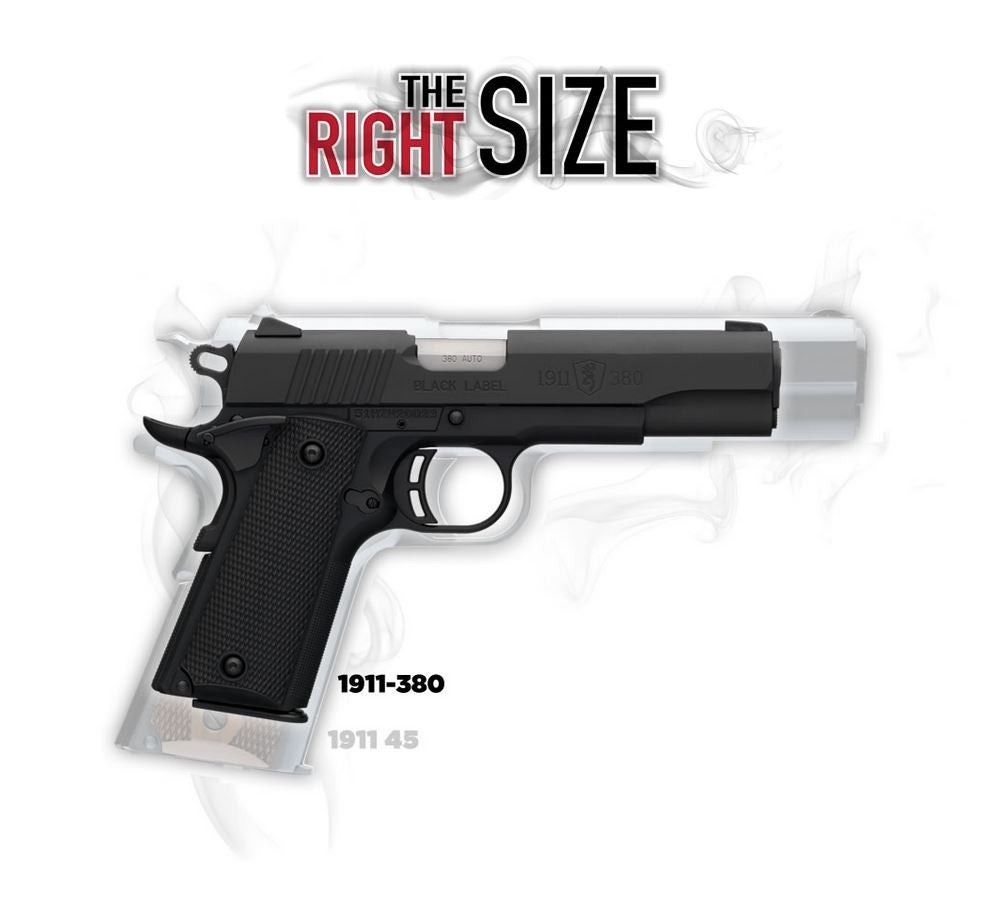