A special media event at the 2018 SHOT Show. 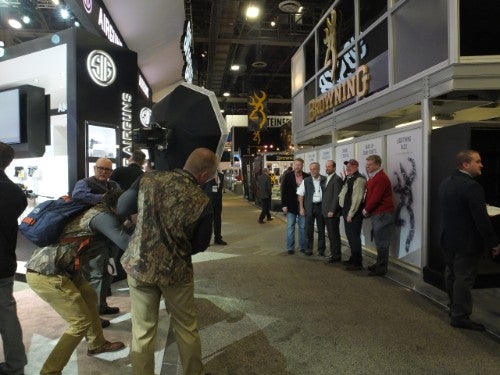 In a media event, Browning and representatives of the ACUI Collegiate Clay Targets Championships announce a new three-year program for participating college graduates. This took place at the Browning booth on Tuesday at the 2018 SHOT Show..

In conjunction with the Association of College Unions International (ACUI), Browning is proud to announce the Browning Graduate Program. Starting in 2018, all graduating seniors who attend and shoot the ACUI National Championships in San Antonio will be eligible to receive a three year ATA or NSCA/NSSA membership paid for by Browning. 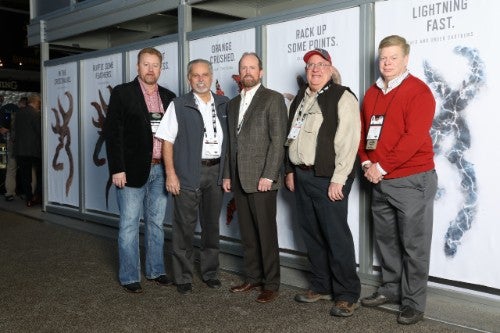 Browning greatly appreciates the work being done by the ACUI Clay Target Championships leadership. Browning's Scott Grange is in the middle.

Each year over 800 students participate in the ACUI National Championship.

Whether it be starting families, careers or both, once a young shooter graduates from college the demands on time and resources can be daunting. As a result, many young adults find themselves suspending or discontinuing all together, activities such as the shotgun target sports, some never to return.  We hope to keep these competitive shooters involved after college and hopefully, they will continue with the shooting sports for the rest of their lives.

It is now easier for National Championship Shooters who Graduate to keep shooting competitively.

The objective of the Browning ACUI Graduate Program is to retain the interests of those who have participated in competitive ACUI sanctioned shotgun shooting sports as they begin their post-graduate lives. To qualify, a young shooter must compete in the ACUI National Championship event..

Details on the Browning Graduate Program:

What does Browning hope to achieve? By providing a way to remain connected to the competitive shooting sports, through memberships in shooting associations for the first three years of post-graduate life, it is hopeful that many of these young shooters will make the shooting sports a lifelong endevour. We want to make sure that these fine young men and women can stay involved even if their finances normally would not allow. 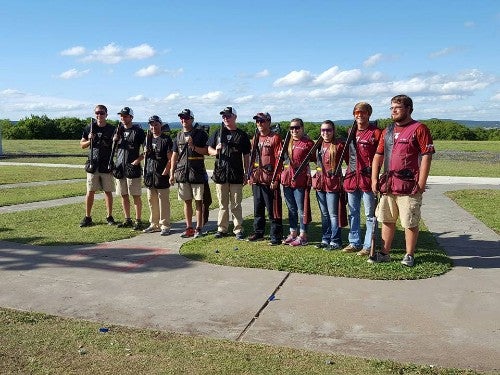 Browning has been a proud sponsor of ACUI Shooting for over ten years.

Founded in 1914, ACUI is a nonprofit educational organization that brings together college union and student activities professionals from hundreds of schools in seven countries. Its members work on urban and rural campuses, in two-year and four-year institutions, and at large and small schools. They are students and administrators whose mission is to build campus community. ACUI enriches them all through education, advocacy, and the delivery of services. ACUI considers its clay targets program not only a place to practice skills and compete with student-athletes, but a place where leadership opportunities abound and scholarships are awarded. It is a living, breathing community on campus, on the field, and at events.  READ MORE ABOUT ACUI IN GENERAL.

What can ACUI shooting events do for you or your team?

Coming to ACUI events gives students the tools to work on developing a team at their home campus, opens doors to the shooting industry for them, and provides leadership opportunities.

Schools represented in the 50-year program have had as few as one participant or as many as 60. One student can proudly display their school banner at the championships.

Growth of the sport over the last 10 years culminated with a 2017 national competition, which featured 821 students from 76 schools across the United States. This is double the number of students who participated four years ago. The majority of the participants shoot three or more events, and those who shoot in all six disciplines then can qualify for the High Overall Awards. Last year, nearly 96% of students participated in American Trap, the tournament’s top event. The biggest year-on-year growth was the 24% jump in the number of registered events by these students. This increase prompted the development of the CTC Shotgun Bowl Series in 2012, with the support of benefactors Larry and Brenda Potterfield. This year, 11 conference championships are scheduled across the country in the 2017-18 academic year.

Unique to this ACUI program, high school juniors and seniors are invited to compete for top honors in each of the disciplines afforded to the collegiate participants. Collegiate recruitment opportunities are available at each of the conference championships as well as the opportunity to compete for the NRA scholarships and earn endowment funds for your team.