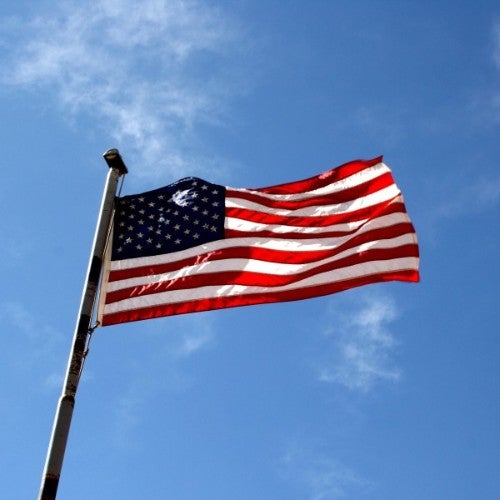 There have been twenty-seven official versions of the flag of the United States of  America in its history. The current version was adopted in 1960 after Hawaii became the 50th state.

For the best answer, we have relied on a great explanation found on the website of the Library of Congress. To read it at the source go here.

They explain: "Since 1916, when President Woodrow Wilson issued a presidential proclamation establishing a national Flag Day on June 14, Americans have commemorated the adoption of the Stars and Stripes by celebrating June 14 as Flag Day. Prior to 1916, many localities and a few states had been celebrating the day for years. Congressional legislation designating that date as the national Flag Day was signed into law by President Harry Truman in 1949; the legislation also called upon the president to issue a flag day proclamation every year."

But it really all began back in 1777 when the Continental Congress "Resolved, that the Flag of the thirteen United States shall be thirteen stripes, alternate red and white; that the Union be thirteen stars, white on a blue field, representing a new constellation."  (June 14, 1777, page 466, in Journals of the Continental Congress. A Century of Lawmaking for a New Nation: U.S. Congressional Documents and Debates, 1774-1875)

The Library of Congress states that, "according to legend, in 1776, George Washington commissioned Philadelphia seamstress Betsy Ross to create a flag for the new nation. Scholars debate this legend and most dispute it, but they generally agree that Mrs. Ross most likely knew Washington and sewed flags in her family’s Philadelphia upholstery shop. To date, there have been twenty-seven official versions of the flag, but the arrangement of the stars varied according to the flag-makers’ preferences until 1912 when President Taft standardized the then-new flag’s forty-eight stars into six rows of eight. The forty-nine-star flag (1959-60), as well as the fifty-star flag, also have standardized star patterns. The current version of the flag dates to July 4, 1960, after Hawaii became the fiftieth state on August 21, 1959."

Flag Day has often been considered the birthday celebration of the flag. According to usflag.org, "the Fourth of July was traditionally celebrated as America's birthday, but the idea of an annual day specifically celebrating the Flag is believed to have first originated in 1885. BJ Cigrand, a schoolteacher, arranged for the pupils in the Fredonia, Wisconsin Public School, District 6, to observe June 14 (the 108th anniversary of the official adoption of The Stars and Stripes) as 'Flag Birthday'. In numerous magazines and newspaper articles and public addresses over the following years, Cigrand continued to enthusiastically advocate the observance of June 14 as 'Flag Birthday', or 'Flag Day'." Read more of the extensive history on the usflag.org website.

All of us at Browning enjoy and celebrate Flag Day most of all because of what the flag represents. The flag has been the rallying symbol of freedom from the very beginning. This is a day for every American to celebrates. And we agree with one of today's posts stating that: "Today we honor the Stars and Stripes that fly over our country and we remember the brave men and women who paid the ultimate sacrifice protecting our great American flag and our freedom." 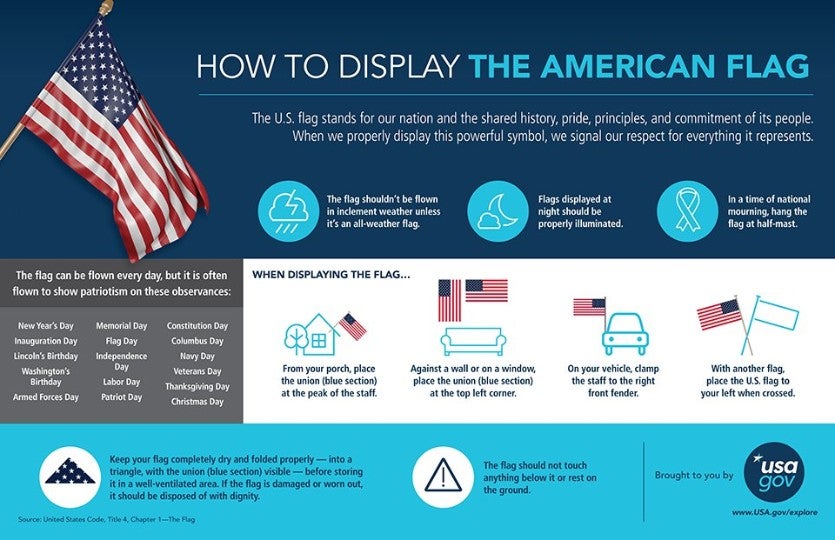 HOW TO FLY THE FLAG PROPERLY