"Browning Ammunition, one of the biggest new product developments in the shooting industry in some time, is poised to make an indelible mark."

Over the past few months the editors of American Rifleman magazine -- an NRA publication -- were able to do very extensive testing of the new line of Browning Ammunition.

All categories were tested and reviewed, and many loadings were personally tested by the American Rifleman team with results outlined in this article. All of us at Browning are committed to Browning Ammunition, but we want you to not only hear from us, but also from some of the most expert hunters, shooters and gun-guys in the world. So, we encourage you to read this article. Click or tap on the picture to go straight to the story. READ THE ARTICLE HERE. 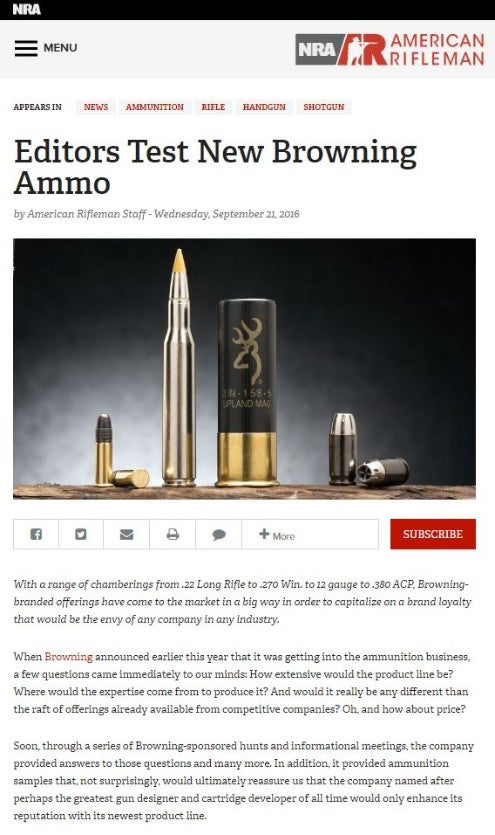