The Citori CXS is equally at home on the sporting clays field, the skeet range or wingshooting, and help bring along the next generation of shotgun shooters.

Over time, all sorts of hunting and target shotguns have been pressed into service for some shooting application for which they were not specifically designed. Many a full-choke duck gun has been used for an afternoon of skeet (and, as you can guess the outcome was probably fraught with frustration for the shooter). The idea of a “crossover” shotgun specifically designed to do several things very well is somewhat new to the firearms industry, and a versatile crossover adds great value and adaptability to your smoothbore collection.

“The Browning Citori CXS…is one sleek looking shotgun that fits the bill – a versatile firearm that’s both useful in the field and suitable for skeet shooting or sporting clays,” reports John Parker, the managing editor of NRA Shooting Sports USA. “I was impressed by the consistently smooth handling CXS, switching easily from prairie chickens to clay birds without skipping a beat.”

“I was impressed by the consistently smooth handling CXS….”

Parker goes into great detail on the “…downright elegant…” Citori CXS feature set – including the Grade II American black walnut stock and the gorgeous polished blue on the floating vented top rib and side ribs on the barrels.

“…There’s no doubt the CXS is a real bargain for shooters seeking a combination shotgun, especially younger hunters…,” Parker continued. “Kudos to Browning for recognizing the facts: there’s more kids pulling triggers in shotgun sports that in other competitive shooting sports. By bringing the versatile, affordable Citori family (including the CXS) to the table – shotguns ideal for the U.S. Collegiate/H.S. Clay Target League, Scholastic Clay Target Program, Amateur Trapshooting Association competition and more – Browning is helping to grow the next generation of hunters and competitive shotgun shooters.”

“…Kudos to Browning for…helping to grow the next generation of hunters and competitive shotgun shooters.”

“The CXS is a great handling, smooth-shooting scattergun that performed admirably no matter what we threw at it,” Parker concluded. “…The Citori CXS will certainly please shooters looking for a dual-purpose shotgun…Simply point, and shoot.”

“The Citori CXS…Simply point, and shoot.”

Check out the Citori CXS at your local Browning retailer today. We think you’ll agree with John Parker that it’s the ideal crossover shotgun for shooters of all ages.

You can read the entire article by John Parker at http://www.nxtbook.com/nxtbooks/nra/ssusa_201901/index.php#/14 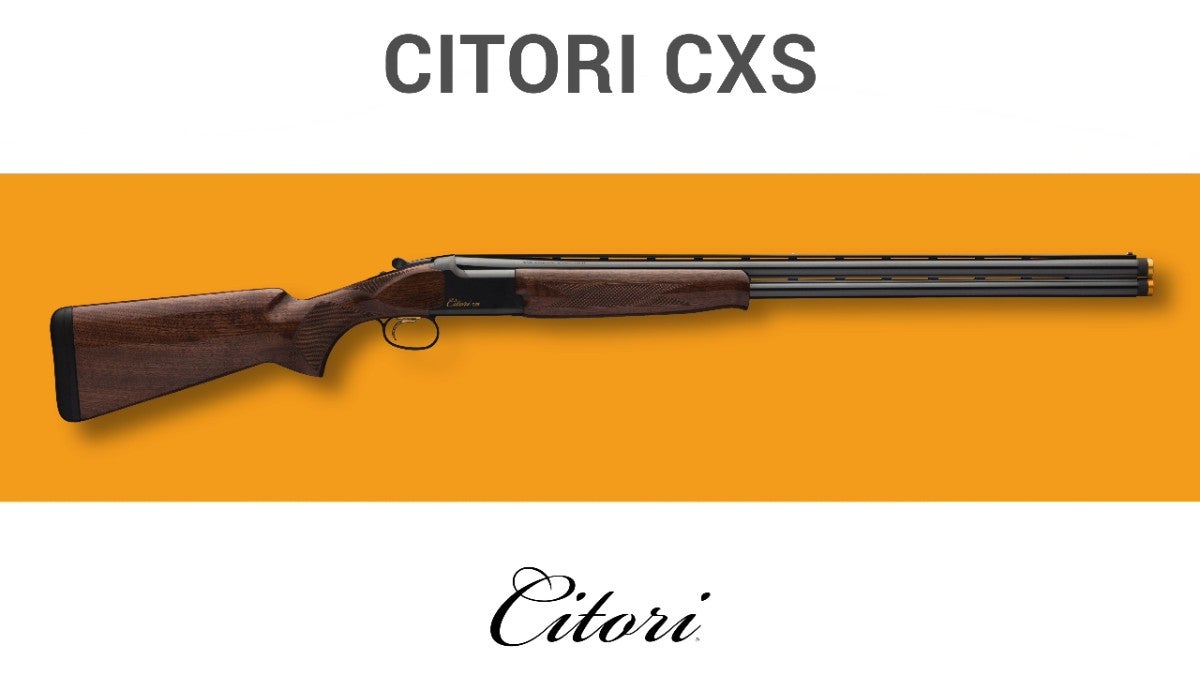