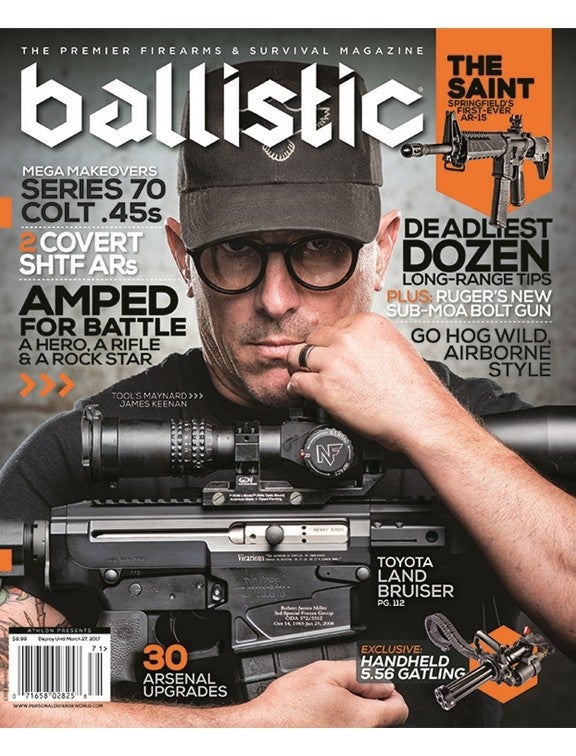 Many of you are already familiar with the upscale firearm lifestyle magazine Ballistic. For those of you who haven’t run across a copy of Ballistic at your local news stand, think what would happen if magazines like Rolling Stone or Wired linked up with Guns and Ammo. Lots of cool gear and action photos, great gun writing and highly interesting, informative interviews -- all in an uncommon package you only see in high-end specialty magazines. 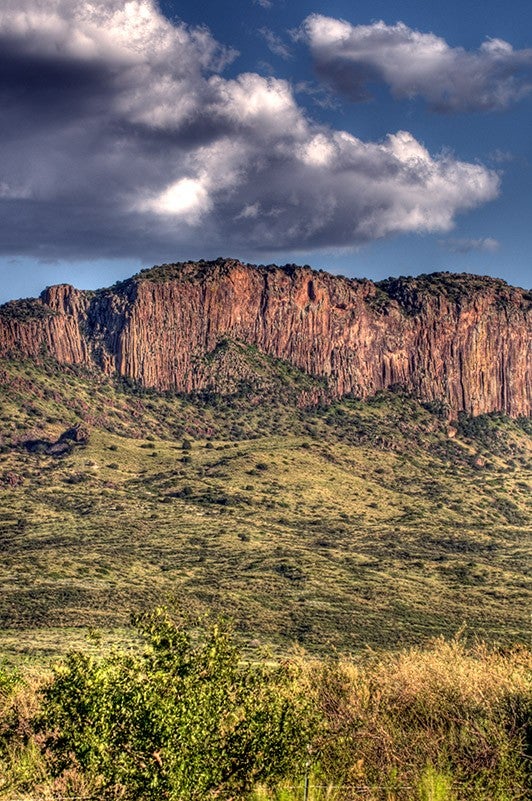 This is typical of the hellish backcountry around Marfa, Texas. Photo by State of Texas Parks and Wildlife.

In the Spring 2017 issue of Ballistic the editors put the latest Browning Hell’s Canyon firearms and clothing through a rugged backcountry wringer and were highly impressed with what they found.

First up for Ballistic’s editors was the Browning X-Bolt Hell’s Canyon Speed bolt-action rifle, which they took on a hunt for aoudad sheep in the rugged, gut-busting backcountry outside of Marfa, Texas.

“The Browning X-Bolt Hell’s Canyon Speed rifle weighs no more than a stripped down AR, yet provided reasonable fire out as far as you might reasonably see.”

“The Hell’s Canyon Speed rifle reflects the state of the art in modern bolt-action designs,” Dabbs continued. “Fun, cool, accurate and easy to run. This modern rifle embodied all that’s good and wholesome about John Moses Browning and his many splendored guns. This gun is everything you might want in a precision rifle.”

The average of those three groups was exactly ½ MOA. One-Half MOA. That’s about the size of a nickel.

“This gun is everything you might want in a precision rifle.”

And just how accurate did Dr. Dabbs find the X-Bolt Hells Canyon Speed? He reports his best three-shot group with the new Browning BXR ammo load with a 155 grain bullet ran a mere 0.35” and 100 yards. (Yes, that’s about 1/3 MOA.) A 165 grain SBT load from HSM clustered at 0.45” (Again, well under ½ MOA) and a trio of HSM’s 168 grain Berger HPBT punched a group at 0.70” (Yet again, well under ¾ MOA). Three groups using three different loads from two ammo manufacturers, and all three of them measure well under a minute of angle. (In fact, the average of those three groups was exactly ½ MOA.)

On the clothing side of Ballistic’s test editor Craig Caudill gave a number of the latest Hell’s Canyon soft goods a hard workout. Every button, zipper, collar, pleat and seam got the full outback torture treatment. Caudill even compared Hell’s Canyon to the ultra-high end outdoor gear issued to our Special Forces troops.

I… have absolutely no issues with it at all. None.”

“The new Hell’s Canyon line of gear from Browning is, in a word, incredible”  Caudell stated. “I have used several pieces from this line of gear for several months now and have absolutely no issues with it at all. None. “Bear in mind that I am incredibly tough on gear,” continued Caudell. “I tend to abuse gear in ways it was never intended to be utilized in an all-out effort to confidently put my stamp of approval on it.”

“I…abuse gear…in an all-out effort to confidently put my stamp of approval on it.” Caudell very much liked the versatility of the A-TACS FG and AU camo patterns on Hell’s Canyon outerwear. “...The A-TACS FG and AU patterns have become some of the most useful in the incredibly competitive field of camouflage clothing,” noted Caudell. “They seamlessly blend into a multitude of environments.”

“…All I can say is that this is great gear from Browning.”

This (Hell’s Canyon) gear is the perfect combination for what I need it to do – keep me warm in cold conditions and not take up too much space in my pack if I need to shed it due to high activity,” Caudell reported. “In the end all I can say is that this is great gear from Browning. My initial excitement…was justified.”

Keep in mind that it is designed, engineered and cut for active and athletic individuals,” Caudill concluded. “It takes a considerable amount of use and abuse, and keeps performing without question.” You can pick up a copy of the Spring 2017 issue of Ballistic Magazine on your local newsstand, or you can subscribe at tactical-life.com.