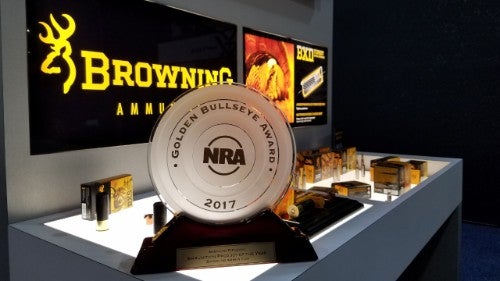 The new Browning ammo line has been getting plenty of buzz in the last few months, and it’s just picked up one of the biggest awards in the shooting industry – The 2017 NRA Golden Bullseye as the Ammo Product of the Year.

The editors and testers at the NRA American Rifleman Magazine are known as a demanding bunch, and thus they have a hard-earned and well-deserved reputation for “telling it like it is.” If a product is outstanding, they’ll say so. And if it’s not, well, they’ll say so, too. LEARN MORE ABOUT BROWNING AMMO.

READ ABOUT ALL THE 2017 NRA GOLDEN BULLSEYE WINNERS.

With a range of chamberings from .22 Long Rifle to .270 Win. to 12 gauge to .380 ACP, Browning-branded offerings have come to the market in a big way in order to capitalize on brand loyalty that would be the envy of any company in any industry. NRA Photo.

“…Each of the editors…came away impressed by the cartridges’ consistency, dependability and effectiveness.”

The prestigious 2017 NRA Golden Bullseye award for Browning ammo very likely had its roots in the exhaustive testing that the NRA American Rifleman editors did last summer for a feature article on the comprehensive product line in that magazine’s October 2016 issue. 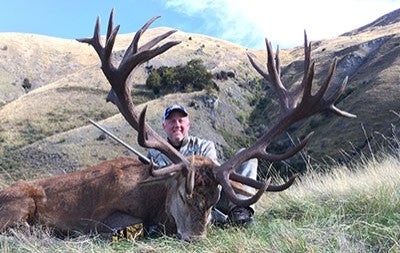 Browning Ammunition’s Brett Flaugher was one of the first to see the flagship BXC bullet in action, taking a giant New Zealand stag from about 200 yds. NRA photo. 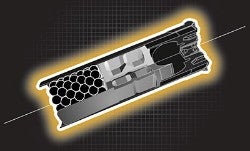 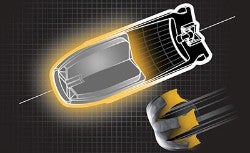 “…The Browning offerings proved themselves time and again.”

“…Each of the editors who sampled the new Buckmarked Browning ammunition supplied for testing came away impressed by the cartridges’ consistency, dependability and effectiveness,” stated the award write-up in the May 2017 issue of NRA AM. “…The Browning offerings proved themselves time and again.”

“The introduction of Browning Ammunition is major news easily worthy of the claim Ammunition Product of the Year.”

“In all the new line demonstrated that the well-regarded Buckmark was in no danger of losing its luster and is likely to become even more widely known after being struck into millions of cases in the coming years,” continued the NRA award feature. “The introduction of Browning Ammunition is major news easily worthy of the claim Ammunition Product of the Year.” 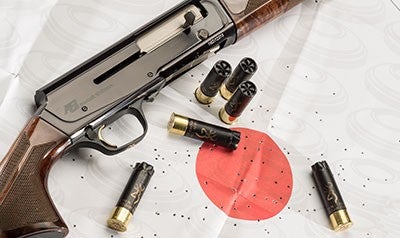 You can read the entire NRA American Rifleman ammo test article from the October 2016 issue at: https://www.americanrifleman.org/articles/2016/9/21/editors-test-new-browning-ammo/ 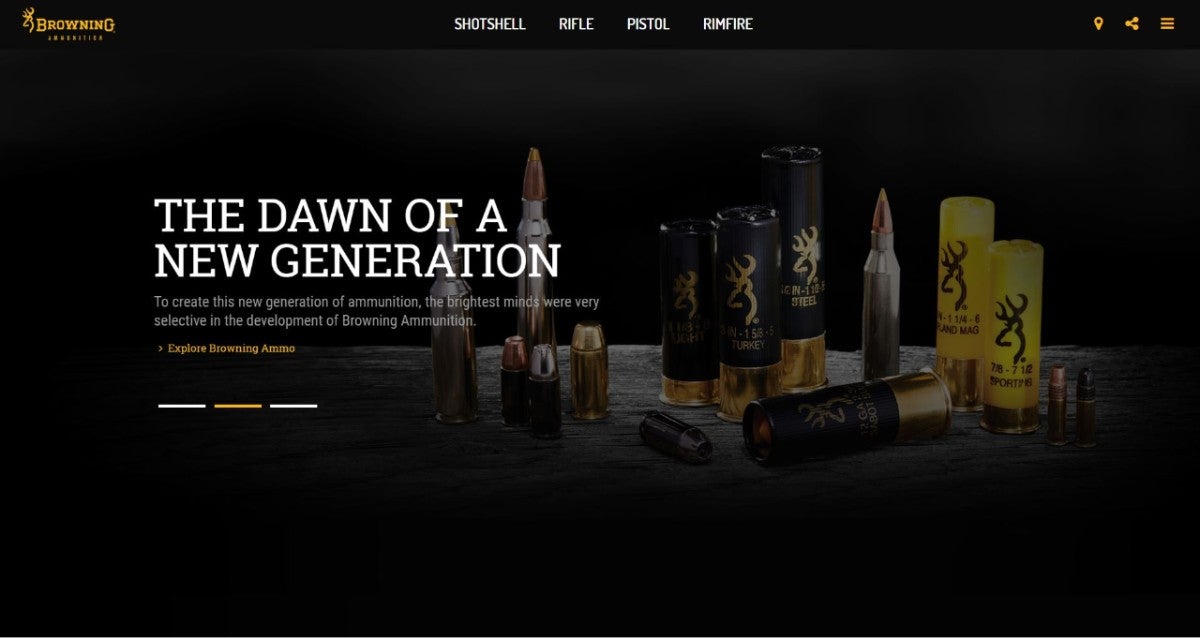 Get a few more details in the official press release  --

"After launching this product line in 2016, it is truly an honor to be one of the esteemed recipients of a NRA Golden Bullseye Award," said Ben Frank, Browning Ammunition brand manager. "This is yet another significant milestone in the history books, which continues to build upon the legacy and heritage of the Browning Buckmark® symbol."

"This year's winners exemplify what NRA members want in their shooting and hunting equipment—outstanding performance, innovative design and value," said Doug Hamlin, Executive Director of NRA Publications. "We congratulate those who have created the industry's best new products . . ."

About Browning Ammunition. The Browning Ammunition portfolio includes popular ammunition offerings in rifle, shotgun, handgun and rimfire, featuring advanced technologies for hunters and shooters. Products are designed to the highest standards of innovation, precision and technology. This relentless pursuit for engineering excellence is precisely what has earned the Buckmark™ its honorable distinction: The Best There Is™. For more information, visit www.browningammo.com or e-mail media@browningammo.com.

Browning Ammunition is a proud supporter of the NSSF's Project ChildSafe. For more information on the Own It? Respect It. Secure It.SM Initiative, please log on to: www.NSSF.org/ORS

Original article copyright NRA American Rifleman, 2016 and 2017. Photos are copyright NRA and/or Browning and are used with permission or in the public domain. Review written by Browning staff writer Scott Engen. Copyright Browning 2017.